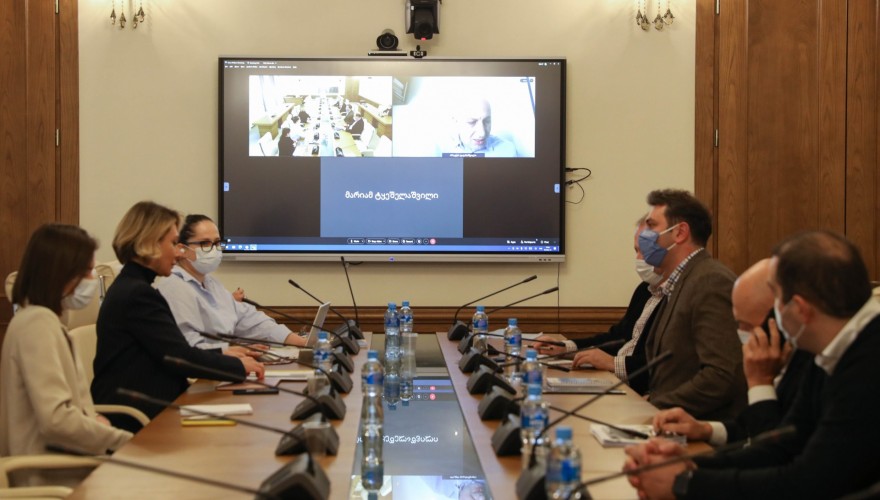 The Agrarian Issues Committee held a meeting with NGOs on the amendments to the Law of Georgia on Agricultural Cooperatives.

According to Nino Tsilosani, Chairwoman of the Committee, the Committee examined the implementation of the normative acts, whether the law was implemented, whether it meets the set tasks and the demands of farmers.

"The investigation looked into and assessed any potential flaws discovered during the law's implementation, as well as the factors impeding its implementation and efficacy. As a result of the process, it became evident that the law's objectives had not been met, and the Committee began work on a new interpretation of the Agricultural Cooperatives Law. We believe that this regulation should be modified to accommodate farmers who desire to band together”, - Nino Tsilosani stated.

The Committee believes that the current law should be harmonized with the Law on Entrepreneurs.

Among the goals of the reform is to: clarify the goals of the Law on Agricultural Cooperatives; Remove the barriers to status acquisition; Introduce the One Stop Shop principle in houses of justice and community centers; Grant more autonomy to cooperative members; Introduce appropriate guarantees for the protection of the rights of the payer; Ensure state support for associations created by cooperatives and delegation of rights to them, etc.

“The cooperatives were mainly created for specific assistance only and to what extent they actually had sustainability was not clear. As a result, we are currently continuing the process of translating the comments and recommendations into legal modifications in order to re-understand the law's goals and make it more focused on the practical implications. The state is obligated to develop a flexible legislative framework in order to pique farmers' interest and encourage them to join forces”, - Nino Tsilosani said after the meeting.

The next meeting is scheduled with representatives of the executive branch.