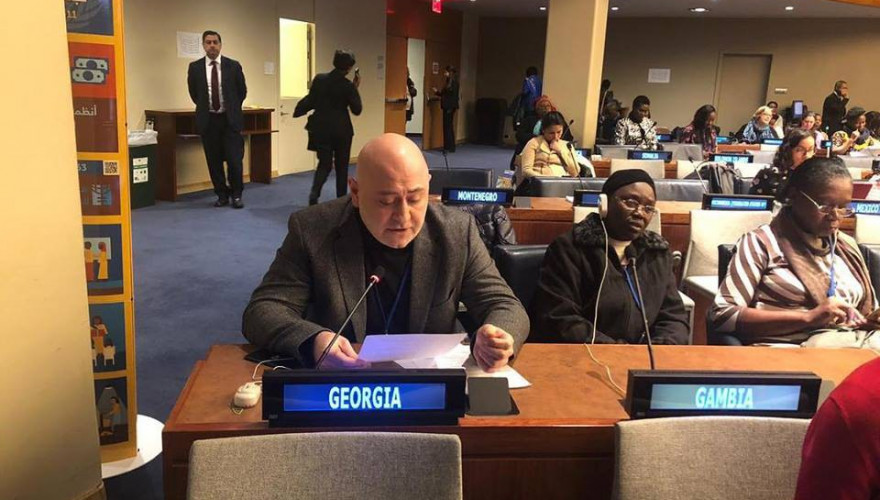 On March 11-19, the member of the Gender Equality Council, Dimitri Tskitishvili attends the CSW 63rd Session and participates in the high level interactive dialogues and schedules to deliver the speech at the session.

He delivered the speech in New York dedicated to the Beijing Declaration and the best enforcement examples. He spoke about the positive changes and achievements in gender equality in Georgia.

“Almost 25 years have passed since the historical Beijing Declaration, which was based on the fights and accumulated experience of the last centuries and created the international consensus. The situation was grave in Georgia at the moment of adoption of the Declaration. The grave social economic situation was accompanied with the posts-conflict society syndrome and grave criminal situation, aggravated by the impact of the masculine culture characteristic for the patriarchal society”.

He introduced the current situation in Georgia: “Today, the situation has been drastically changed. The special dynamics is evident during the last decade. Equality policy has been seeded as the top priority of Georgian political agenda and the part of the public political discourse. The significant legislative base has been developed formulating the anti-discriminative legal approaches. There is the Gender Equality Council in the Parliament with the ambitious agenda and action plans. The Parliamentary oversight has been significantly increased. The Government approved the national action plan for human rights with gender equality and rights of women. The Public Defender is an influential state institution. Ratification of Istanbul Convention was accompanied with improvement of the legislation for efficiency of the role of the state against domestic violence and violence against women. The civil sector on rights of women enjoys higher authority”.

According to him, the changes are evident and the outcomes are tangible but it does not mean that the situation is good. “We encounter massive discrimination, violence against women and scarce political participation of women. The problem remains in reproductive health and respective education of young women and girls”.

He considers that socio-economic enhancement of women means:

“Informal sector in employment is immense and the share of women therein is high. Besides, the housekeeping held by women is not dully valued. It is the agenda requiring particular attention and the agenda for 2020 shall make emphasis on this issue on the global and national level. Countering these challenges and economic enhancement of women serve the foundation for the irreversible process called the socio-cultural modification of the society. It is the opportunity for women to ensure better control on own resources or decisions to achieve justice and gender equality”.

This week, the meeting is scheduled in Washington.

The bilateral meetings will be held in the US Congress, Department of State, Trade Representative’s Office, as well as with the Vermont State Senator.

The meetings will as well be held in AFL-CIO and Solidarity Center.

The meetings will be attended by the Georgian Ambassador to USA, David Bakradze, Envoy to USA Giorg Tsikolia and Councilor, Levan Beridze. 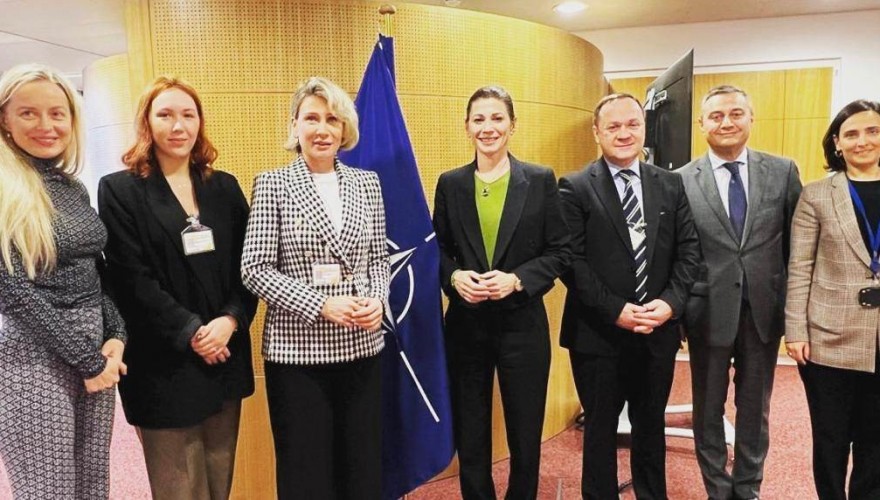 Meeting of Nino Tsilosani with the NATO Special Representative for Women, Peace and Security

The Gender Equality Council reporting to the Parliament

Nino Tsilosani: In the near future, the concept of women's economic empowerment will be initiated

Ana Natsvilshvili: the Government shall make a statement at a political level proving the priority of the economic empowerment of women