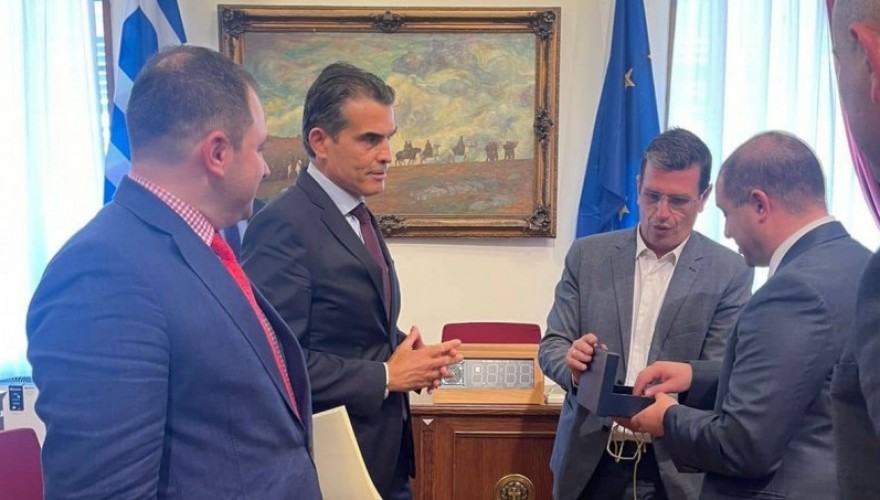 The members of the Georgia-Greece Parliamentary Friendship Group serve the official visit to Greece. Today, Georgian MPs met with the Vice President of the Committee on European Affairs Committee of the Hellenic Parliament, Dimitrios Konstantinos Kairidis and discussed the European perspective and further EU integration of Georgia.

Mr. Kairidis hailed the progress of Georgia stating that Greece is committed to rendering all-encompassing support to Georgia on its EU integration path and in this view, holding negotiations with the EU member state Parliaments. The meeting was attended by the Ambassador of Georgia to Greece and Serbia, H.E. David Dondua.

The Georgian Parliamentary Delegation is composed of the Chair of the Foreign Relations Committee, Nikoloz Samkharadze and the member of the Political Group “Girchi”, Alexander Rakviashvili. The visit is to be accomplished on June 30.