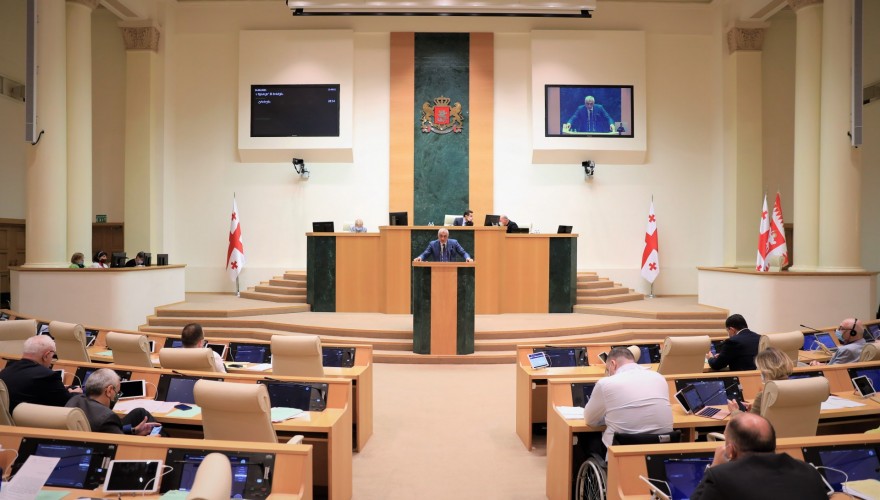 The Faction "Lelo - Partnership for Georgia" is the first to exercise the right granted by Article 53 of the Rules of Procedure to take the floor for 30 minutes during a plenary session.

Mamuka Khazaradze addressed the Parliament - "If the process of appointing Supreme Court judges continues, the Georgian Dream will accept responsibility for the failed document; however, we will do everything we can to avoid doing so, as Georgia will eventually lose international partners' trust and miss the opportunity to re-energize the country”.

M. Khazaradze criticized the Georgian Dream's statement on the appointment of Supreme Court judges, saying that the ruling team's position contradicted the record of the Charles Michel Document on suspending all current appointments to the Supreme Court and in-depth reform of the High Council of Justice.

The MP also called on members of the parliamentary majority and the opposition to support the legislative initiative of the Faction to set up an anti-corruption agency - "Support this initiative and start the fight against corruption together, support the establishment of a 50-member anti-corruption commission in the Parliament. Let us expose what is threatening our future. Then I'll make sure you truly want to make a difference in this country”.

The MP expanded on the suspended project of Anaklia port and noted that two years have passed since the government expropriated the investment of Georgia's strategic partners in this country.