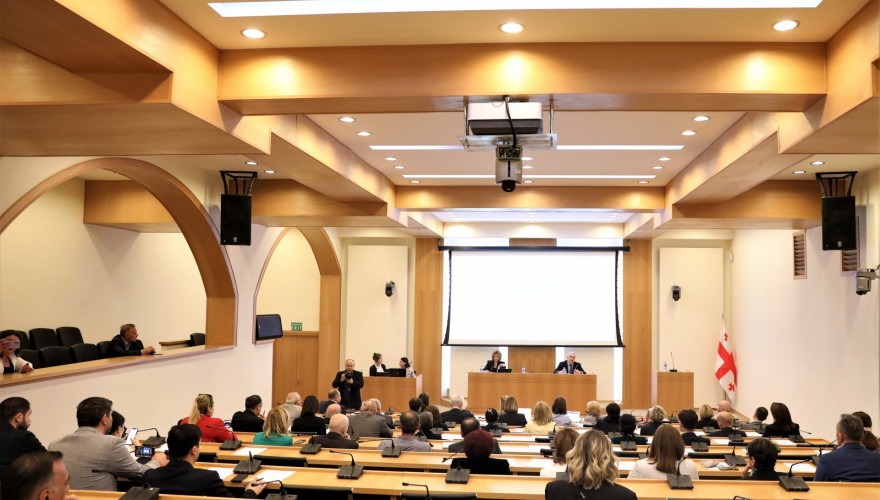 The Education and Science Committee and the Commission on Territorial Integrity and De-occupation discussed the scheduled activities to facilitate the education of the Georgian citizens residing in occupied Abkhazia and IDPs.

The report on the education and infrastructure in schools in Abkhazia was introduced by the Abkhazia AR Education and Culture Minister, Eka Khoperia.

“Today, we heard the report by the Education and Culture Minister of the Autonomous Republic, Eka Khoperia comprehensively overviewing the interesting initiatives that may serve as the solutions for the occupation-related challenges. The report included successful projects. It is as well noteworthy to underline the fact that the meeting was attended by the representatives of various state agencies and through the inter-agency coordination, we need to address these challenges entailed by the occupation in Abkhazia and Tskhinvali in terms of education”, - the First Deputy Chair of the Education Committee, Tamar Taliashvili stated.

After the report, the sitting was resumed in camera, where the attendees discussed the education state in the occupied territories and respective remedies.

The sitting was attended by the representatives of the Education Ministry, Office of the State Minister for Reconciliation, Foreign Ministry, and the Language Department.