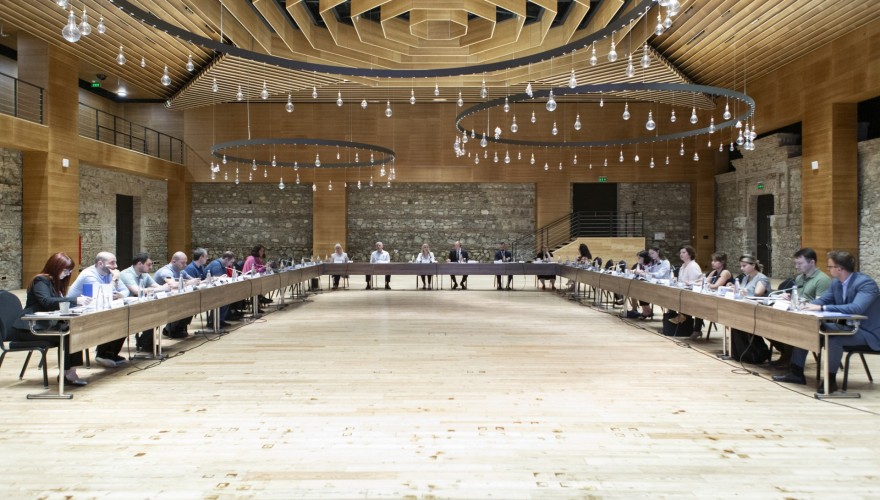 The Working Group of the Permanent Parliamentary Open Government Council, headed by Council member, Khatia Tsilosani held an offsite meeting on “Parliamentary Oversight upon and beyond Crisis”. Kh. Tsilosani and the UNDP Resident Representative, Nick Beresford delivered the welcome speeches.

The international and local experts introduced their presentations. The Secretary General of the Parliament, Ketevan Kvinikadze dwelt on the politics of the Parliamentary performance uninterruptedness.

The meeting was attended by the Majority and Opposition MPs, Staffers and the member organizations of the Advisory Group of the Council – UNDP, IFDI, GYLA, TI – Georgia, and GIZ. The meeting was backed by the EU and UNDP.