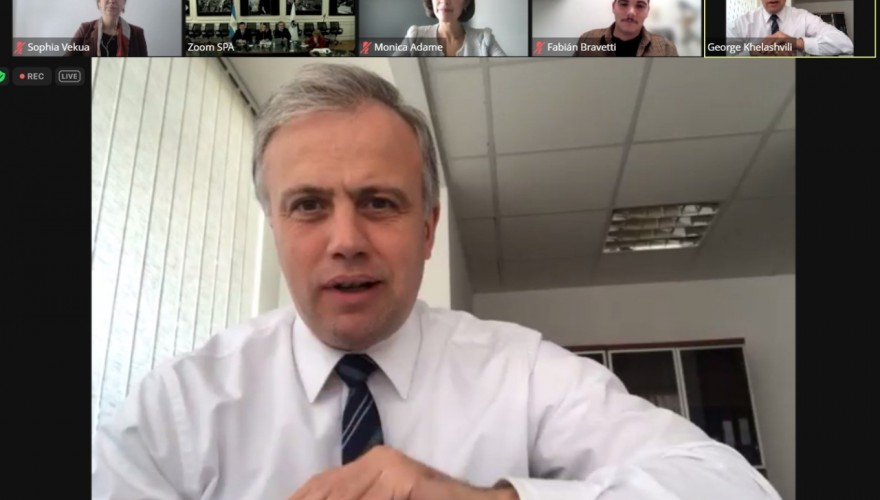 The Head of the Georgia-Argentina Friendship Group, First Deputy Chair of the Foreign Relations Committee, Giorgi Khelashvili participated with the status of a reporter in the event on the occasion of the International Day of Parliamentarism held by the Parliament of Buenos Aires.

“At the hybrid meeting, I delivered a speech, sharing the experience of the Parliament in terms of the civic engagement and transparency guaranteeing the deserved status of a designated legislative body in the world to the Georgian Parliament”, - G. Khelashvili stated.