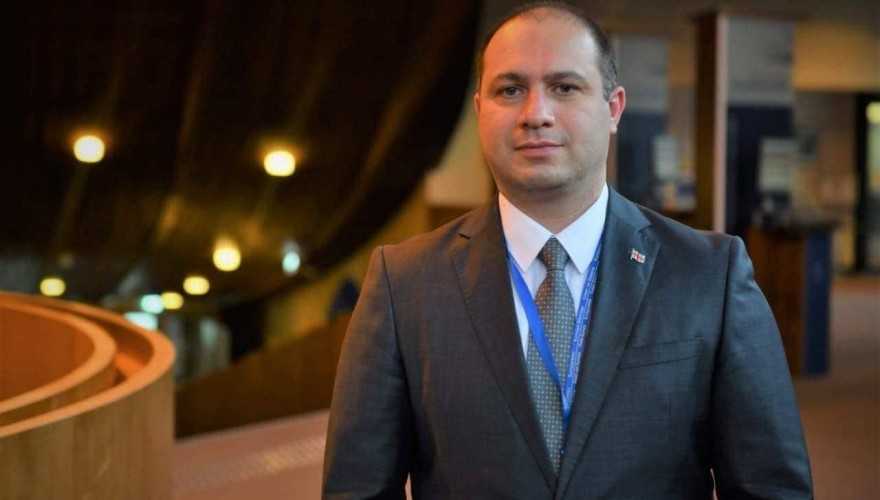 “I would like to focus your kind attention on the positive aspects highlighted in the draft Resolution, however, express our firm readiness to continue reforms and implementation of those commitments deriving from this Resolution”, - Givi Mikanadze, Member of the Permanent Delegation of the Parliament of Georgia to the Parliamentary Assembly of the Council of Europe stated at the plenary session of the Spring Session of the Assembly.

Thanking the co-rapporteurs, Givi Mikanadze focused on the main directions reflected in the draft resolution and reaffirmed his firm readiness to implement the given recommendations.

“As an overall assessment, we appreciate welcoming of the continued and marked progress made by Georgia in honoring its membership obligations and accession commitments. In this regard, some key areas should be brought to your kind attention:

Considering successive elections in Georgia, the draft Resolution is in line with the OSCE/ODIHR and other international observing organizations’ statements, making an overall assessment that in general they have been conducted in line with European standards“.

According to Givi Mikanadze, the initiative of the “Georgian Dream” on setting-up a Temporary Commission in Inquiry on 2020 Parliamentary elections should be noted.

„Nevertheless, it should be noted that on an initiative of the ruling party the “Georgian Dream” a Temporary Commission on Inquiry on 2020 Parliamentary elections was set up in the Parliament during February-July 2021. Besides numerous offers to the opposition parties to engage in the work of the Commission or at least to provide any evidence on their allegations of “rigged elections”. Unfortunately, our invitation did not yield any results. The Commission comprising of the “Georgian Dream” and opposition party “European Socialists” members has conducted a relevant investigation in the most transparent way. Consequently, the Parliament has adopted conclusions and a resolution stating that there had been a number of technical mistakes, which could not have impacted the overall results of the elections and that the elections had been conducted in line with the acting legislation and the results had been fully in line with free choice of the voters“.

Givi Mikanadze underlined the importance of the new rules of procedure, which is also reflected in the draft Resolution.

„The draft Resolution highlights the consensual adoption of the new rules of procedure of the Parliament, which is an important instrument to strengthen parliamentary oversight that has already shown positive dynamics. Ministerial hour, interpellation and other oversight mechanisms have been introduced with the new rules of procedure, all of which have been since effectively put into practice by the Parliament.

The draft Resolution welcomes Georgia’s commitment to fighting corruption and encourages the authorities to continue their efforts concerning corruption. In accordance with the “Global Corruption Index 2021” developed by the world-leading analytical center, Swiss organization “Global Risk Profile”, Georgia has improved in the overall ranking by 9 positions and occupies 41st position among 196 countries and has better corruption-free results than 9 member countries of the EU and NATO.

The draft Resolution provides a clear understanding of those developments, taking place in Georgia. Nevertheless, we are committed to making further progress for democratic developments in Georgia and express our readiness to continue close cooperation with the Council of Europe“, - G. Mikanade stated.