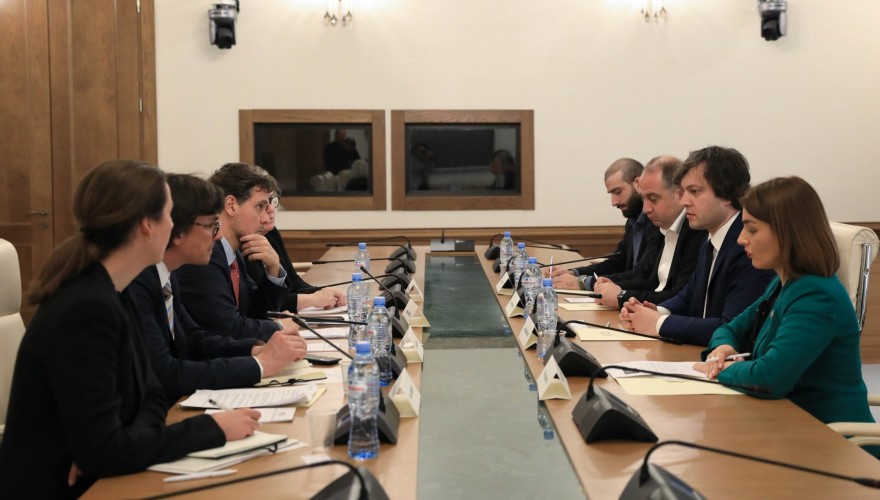 The Majority MPs held a meeting with the OSCE/ODIHR Director, Matteo Mecacci and the accompanying delegation and discussed the cooperation between ODIHR and the Georgian Parliament.

The main issue of the agenda envisaged the judicial and electoral reforms.

“The meeting was interesting and productive, where we discussed the cooperation between ODIHR and the Georgian Parliament. We had mostly two main issues on the agenda, including the judicial reform. As you may know, we have set up a Working Group and the engagement of ODIHR in this reforming process is critical for us. The second issue we discussed was the electoral issues. ODIHR has already developed the final recommendations deriving from the Municipal Elections, the presentation of which is scheduled for the nearest future. These recommendations will be of high importance for us to additionally discuss the issues, related to our electoral law and the electoral process. Cooperation between ODIHR and the Georgian Government and Parliament was very productive and we aspire for further intensification of our cooperation”, - the Majority Leader, Irakli Kobakhidze stated after the meeting, which was as well attended by the Majority MPs, Irakli Chikovani and Nino Iobashvili.