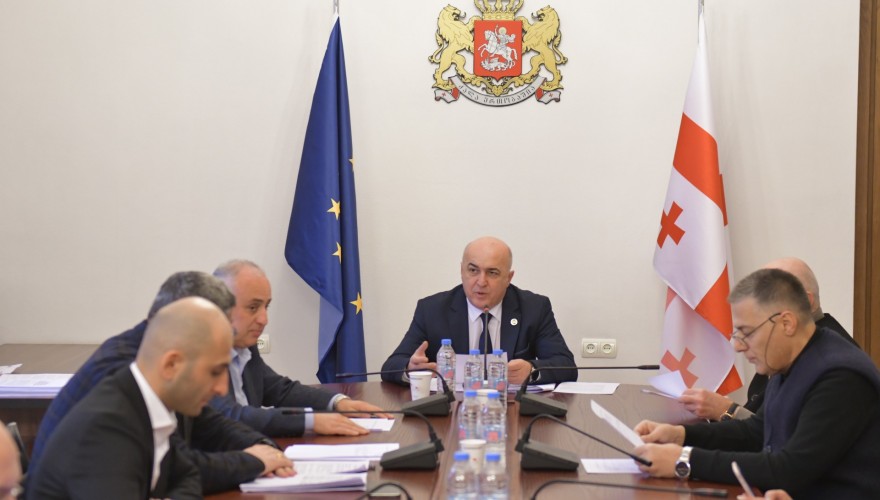 The Committee discussed and approved the changes to the State Budget 2022, introduced by the First Deputy Finance Minister, Giorgi Kakauridze.

According to him, the changes to the budget are introduced in line with high economic growth and are related to the specification of the macroeconomic parameters and incomes, as well as the coverage of the expenditures that are planned within the year and are expedient to be covered within the extra funds.

The Draft Budget changes the macroeconomic and fiscal parameters, real economic growth for 2022 is increased from 8,5 to 10% and the GDP devaluation forecast decreased from 10,5% to 9,5%, nominal GDP was determined by 72,3 bl. GEL; mixed budget tax income was increased by 526.0 ml GEL and constitutes 17 bl. 350 ml GEL; other than the tax income, the resources allow an increasing other inflow of funds by 597 ml GEL compared to the planned index.

Besides, the expenses in certain directions are to be increased by a total of 507 ml GEL to be distributed among several instances. The reporter informed MPs about the assignments increased for certain Ministries, naturally, including the Health Ministry, the assignments of which are increased by 95 ml GEL, where 55 ml GEL will be consumed on the accommodation of IDPs. The final version of the Budget for 2023 envisages 220 ml GEL more for IDPs, which will be consumed on the construction of 7000 apartments.

Providing that the tender procedures are already accomplished, the timely commencement of the fund-raising requires the advanced payment of a part of the sum to the contractor in 2022, which will be ensured by the extra allocations. As to 40 ml GEL, it will be consumed on the universal healthcare program.

According to the Chair of the Committee, Zaza Lominadze, significant changes are envisaged in the healthcare sphere not only in 2022 but they are reflected in the budget for 2023. The Committee unanimously approved the changes.

The sitting was as well attended by the Deputy Health Minister, Ilia Gudushauri.