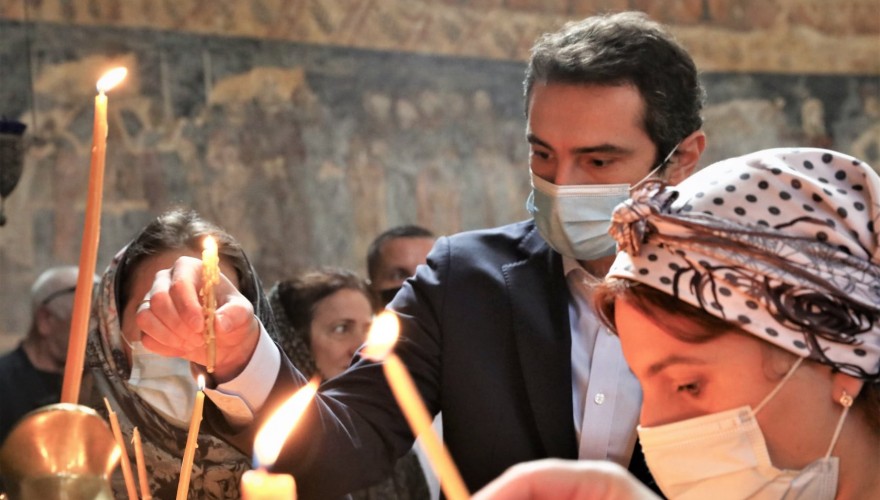 The Chairman of Georgia's Parliament, Kakha Kuchava, attended the solemn service in Svetitskhoveli Cathedral and congratulated the entire country on the Svetitskhovloba.

Svetitskhoveli, as the Speaker noted, is a symbol of Georgia's power and unity.

"I'd want to congratulate everyone on this special day, since it is one of our country's most important holidays, a symbol of Georgia's strength and unity. I wish you good health and, of course, success in your professional and personal endeavors”, - Kakha Kuchava stated.

The Speaker was joined by his wife, Georgia's Prime Minister, as well as representatives from the Parliament and the Government, at the solemn liturgy.