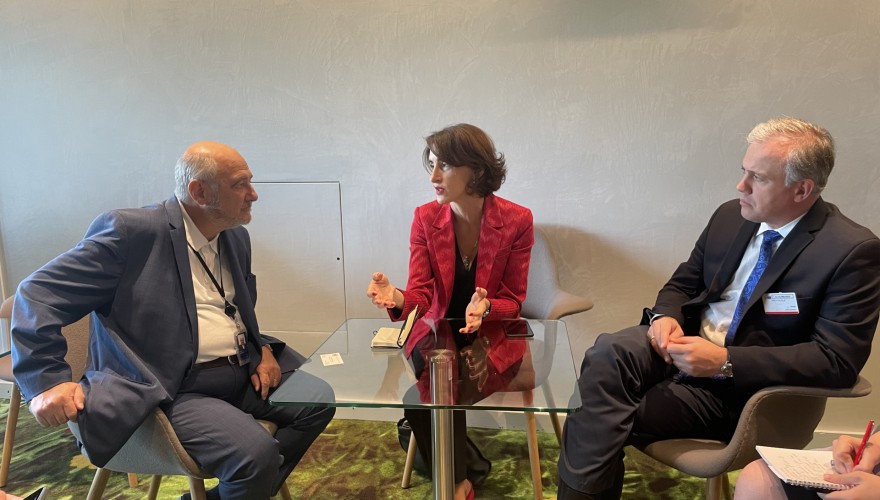 The Chair of the EU Integration Committee, Maka Botchorishvili and the First Deputy Chair of the Foreign Relations Committee, Giorgi Khelashvili serve the official visit to Strasbourg on September 12-15.

Within the framework of the working visit, the Georgian MPs met about 30 MEPs. Among them, meetings were held with the co-chair of the Georgia-EU Parliamentary Association Committee, Marina Kaljurand, the rapporteur of the European Parliament on Georgia, Sven Mikser, and also with members of various political groups and foreign affairs, defense and security, and human rights committees.

The meetings focused on the main areas of cooperation between Georgia and the EU, as well as Georgia's execution of the European Commission's proposals, the work of the working groups established in the Georgian Parliament, and upcoming legislative measures.

The historic choice to give Georgia a European perspective was emphasized, and the significance of intensifying political communication between Georgia and the EU was stressed.

The parties also expanded on the region's security issues.

Maka Botchorishvili and Giorgi Khelashvili, as special guests, participated in the meeting of the steering committee of the Progressive Alliance of Socialists and Democrats (The S&D Group's Willy Brandt Steering Committee) in the European Parliament.