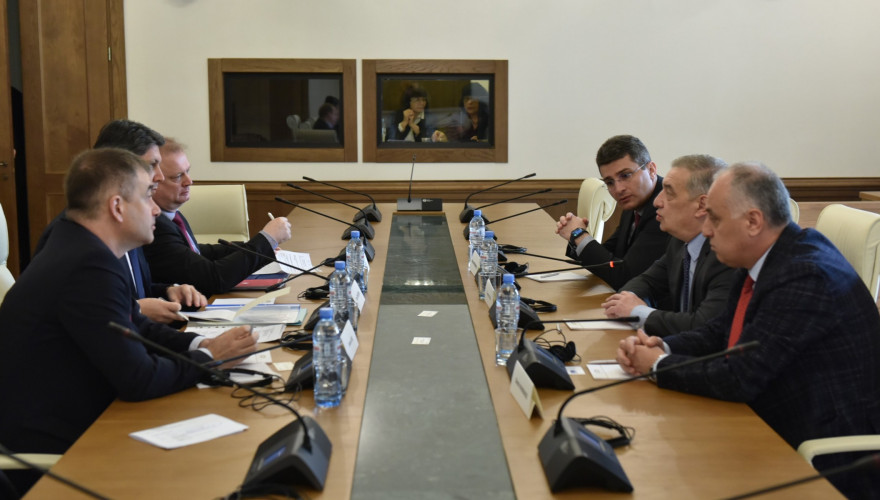 Members of the Parliamentary Faction "Georgian Dream" - the First Vice Speaker, Giorgi Volski, Parliamentary Majority Leader, Mamuka Mdinaradze and the Chairman of the Health Care and Social Issues Committee, Dimitri Khundadze met with the Members of the Monitoring Committee of PACE – Member of the Committee, Titus Corlatean, Deputy to the Head of the Secretariat, Bas Klein, Head of the Council of Europe Office in Georgia, Cristian Urse.

The meeting was held in camera, after which the MPs commented on the issues discussed at the meeting.

"We discussed the ongoing processes in the country, the existing situations and their prerequisites. We dwelt on the judicial system and of course, the electoral system and the agreement reached thereto. The issue was not about which political party made more or less effort. Their attitude is to maintain and strengthen the stability of society. Obviously, there are issues that will lead to differences of position, such as the failure to comply with the Venice Commission's recommendation when the High Council of Justice was selecting judges, but we have made clarifications in this regard. There are issues on which our and our opponents' positions differ substantially and we have had a meeting on these topics”, - G. Volski remarked.

“There was a frank, open conversation with our partners. We were particularly interested in the process that led to the rejection of the legislation introduced for the proportional system. We introduced the prehistory of how this process evolved, what caused it and what the outcome is. We have also noted that although the agreement is not fully acceptable to us, it is always better to reach the agreement”, - D. Khundadze commented. 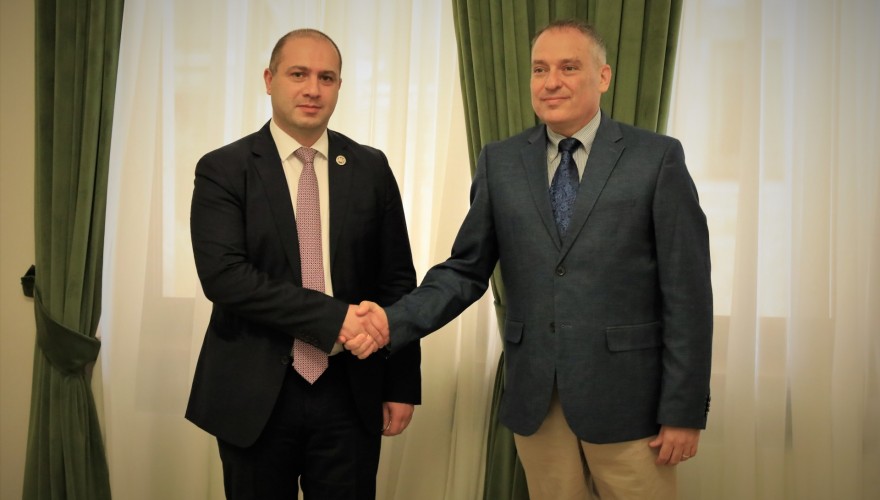 The meeting of Givi Mikanadze with the Ambassador of Israel

Meeting of Majority Leader, Irakli Kobakhidze and Members of Faction Georgian Dream with US Senators

Mamuka Mdinaradze: according to the “Heritage” index, business is free in Georgia and the investment environment is attractive, which is an important factor for addressing the pandemic-related economic crisis"

The sitting of the Faction “Georgian Dream”