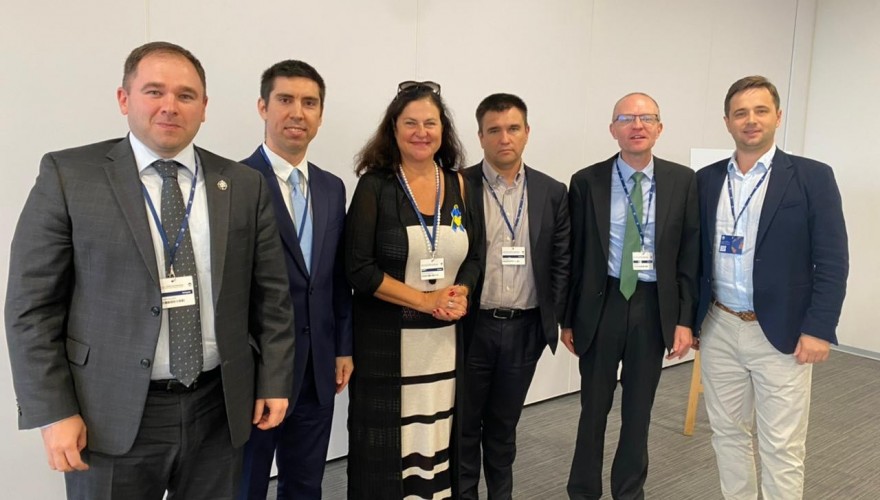 The Chairman of the Foreign Relations Committee, Nikoloz Samkharadze, took part in the panel of the international conference "Forum 2000" - "Eastern Partnership after Russia's invasion of Ukraine".

For those states that have chosen the road of EU membership, Nikoloz Samkharadze focused on the significance of the Eastern Partnership. He stressed that the Eastern Partnership needs changes and adaptation to new realities given the current circumstances, where Georgia, Ukraine, and Moldova have already accepted the perspective for joining the EU and the written terms.

"EaP needs changes and adaptation to new realities. Georgia considers that the main platform for its integration with the European Union is EUAA and the recommendations that the country has received. In this instance, the Eastern Partnership has no bearing. However, maintaining relations with a variety of nations, including Armenia and Azerbaijan in our region, is still important for the EU. Of course, to claim that the Eastern Partnership is completely accomplished would not be accurate, but our stance is that it needs new strategies”, - Nikoloz Samkharadze stated in his speech.

Representatives of Georgia, Ukraine, Moldova, and the DG NEAR took part in the discussion.

Together with the foreign ministers of the European Union, MEPs, experts, and representatives of academic circles participate in the 26th annual conference of "Forum 2000", which is hosted by Prague.