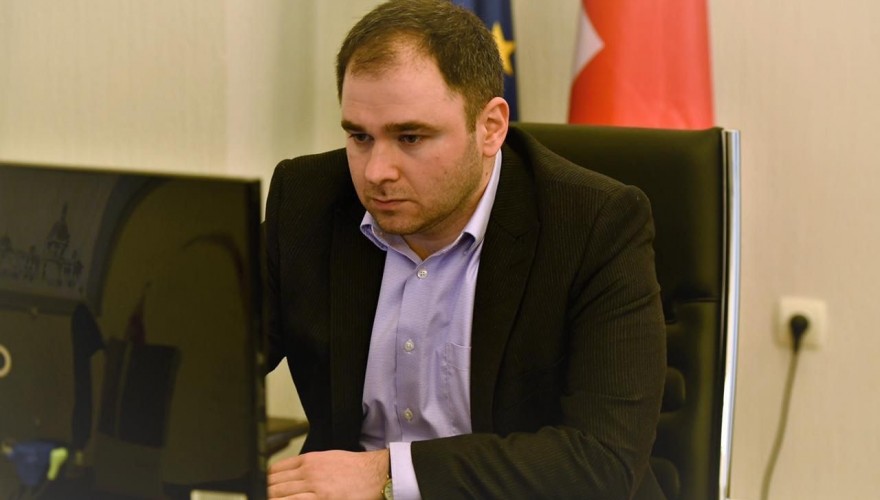 The Chair of the Foreign Relations Committee, Nikoloz Samkharadze participated in the sitting of the Foreign Affairs Committee of the European Parliament with the agenda of the EU enlargement policy after the Russian invasion in Ukraine.

“We are glad that the EU has made a historical decision and granted the European perspective to Georgia, Ukraine and Moldova, which is a goal that we could not even dream of 6 months ago”, - N. Samkharadze stated in his speech.

However, he noted that on the other hand, Georgia is frustrated because of the differentiation of the Associated Trio and Ukraine and Moldova already enjoy the status of the candidate with certain conditions, while Georgia was asked to fulfill the conditions first.

“It is to be taken into consideration that the greatest part of the conditions for all three countries are identical and thus, the differentiation cannot be based on the logic. One of the explanations we heard from the President of France, Emmanuel Macron was that Georgia has a different geostrategic location, though we hope that this explanation is not expedient since in this case, Georgia should not even receive the membership perspective. We aspire to cooperate with you on the fulfillment of the conditions the European Commission issued for us, however, these conditions include certain but also vague commitments. The vague commitments, which cannot be measured, shall be further specified and clarified in view to revising the decision in six months and to grant the status of the candidate to Georgia”, - he added.