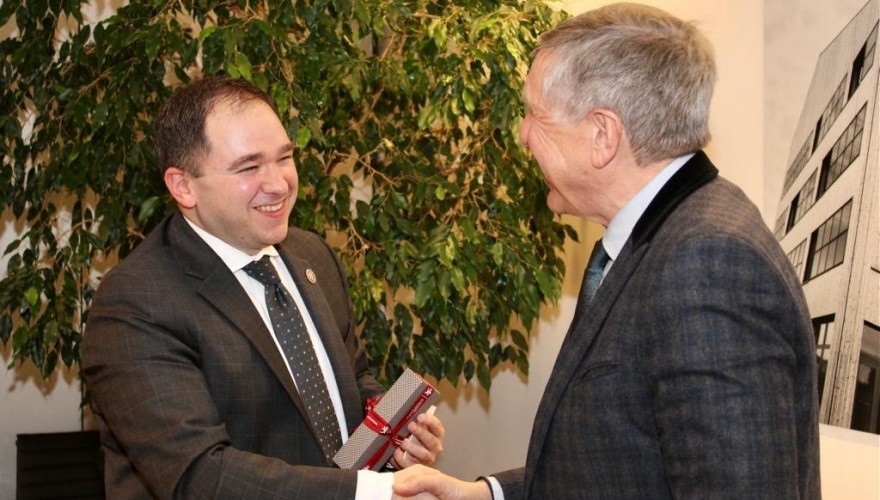 The Delegation of the Foreign Relations Committee serves an official visit to the Grand Duchy of Luxembourg.

The Chairman of the Foreign Relations Committee, Head of the delegation, Nikoloz Samkharadze, and the members of the Delegation held a meeting with the Vice Prime Minister of Luxembourg, Minister of Defense, Francois Bausch.

The parties talked about the dynamics of the bilateral relationship between Georgia and Luxembourg, the continued Russian aggression in Ukraine and its difficulties, the significance of Georgia's accession to NATO, and the issue of granting Georgia EU candidate status.

Nikoloz Samkharadze, the Chairman of the Foreign Relations Committee, briefed the Vice Prime Minister on the work done by the Georgian parliament to fulfill the 12 recommendations of the European Union and discussed the challenging circumstances in the Russian-occupied regions.

The parties stressed the significance of Georgia's involvement in the process of regulating Armenia-Azerbaijan relations while concentrating on the difficulties in the South Caucasus region.

The Luxembourg side reaffirmed their unwavering support for Georgia's territorial integrity and its inclusion into Europe and the Euro-Atlantic region.

"We had an insightful conversation about Georgia's implementation of the 12 EU recommendations and the actions taken to prepare for Georgia's NATO membership. The host side emphasized the importance of Georgia's integration into NATO and noted that Georgia deserves both NATO membership and EU candidate status. They were also interested in Georgia's vision of European security”, - Nikoloz Samkharadze stated.