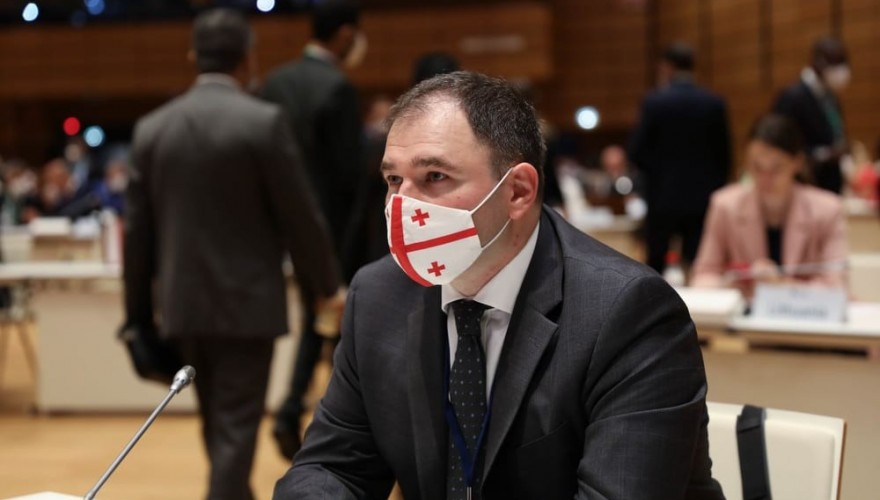 “We have held up to 20 meetings with the Parliamentary Delegations and Speakers of various countries, feeling their benevolence towards Georgia and our priorities”, - the Chair of the Foreign Relations Committee, Nikoloz Samkhradze commented to the media.

The Speaker of the Georgian Parliament, Kakha Kuchava accompanied by Nikoloz Samkharadze serves a visit to Vienna to attend the Fifth World International Conference of Speakers of Parliament, also holding bilateral meetings.

N. Samkharadze summed up the second day of the visit stating that at the meetings with the Speakers of the Parliaments of Turkey, Azerbaijan, Korea, Sweden, United Arab Emirates and Slovenia, Georgia received the affirmed support to the territorial integrity and the reforms.

Georgia also expects the Speakers of the Parliaments of Turkey and Korea in Georgia in the nearest future.

“At the meeting with Sweden and Slovenian politicians, we mostly discussed our EU integration and the steps we take in this direction. We dwelt on the Parliamentary democracy, the novelties we have in the environmental standards and the support we enjoy from Sweden for years in this direction. As to Turkey and Azerbaijan, we are strategic partners and our cooperation on the Governmental level is successful, however, due to the pandemic, we had to pause the Parliamentary cooperation as we were unable to hold frequent and intensive meetings. Thus, we agreed to soon hold the joint meeting of the Foreign Committees of the Turkish, Azerbaijani and Georgian Parliaments in Ankara, also, we expect the Speaker of the Turkish Parliament to serve his official visit to Georgia. As to the meeting with the Korean politicians, they asked about our potential in infrastructural terms, as a logistic hub and expressed their interest in the engagement of the Korean companies in Georgian infrastructural projects. In General, our political relations with Korea are on a good level, they keep supporting Georgia at the international platforms. We also agreed to convene the joint session of the Foreign Committees of our Parliaments online so far and invited the Speaker of the Korean Parliament to Georgia with the official visit”, - N. Samkharadze noted.

Kakha Kuchava will accomplish his visit to Austria tomorrow with the meeting with the Speaker of the Austrian Parliament. 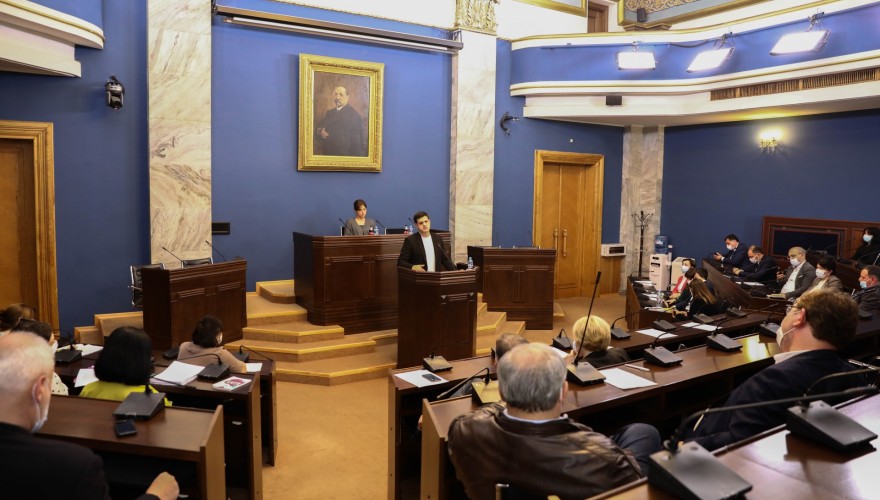