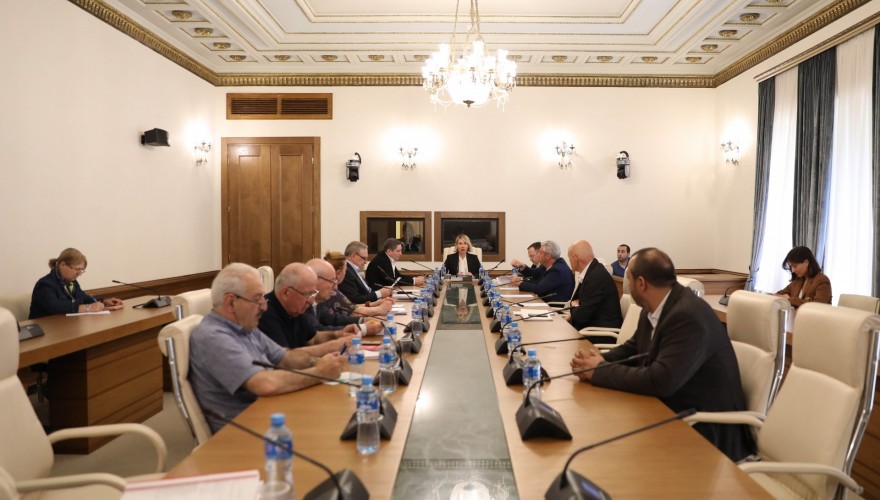 The Chair of the Agrarian Issues Committee, Nino Tsilosani introduced the report of the Working Group on Tea-Growing Problems and the recommendations as a Head of the Group.

According to her, the developed document identifies the problems in the tea-growing sphere and aims at facilitation of the effective development of this sector. “Our Group has held the working meetings to analyze the state tea plantation rehabilitation program and the projects funded within the program “Produce in Georgia”. We have developed the SWOT analysis. The problems detected revealed all tea farms destroyed and hence, the planting of new plantations is quite expensive and time-consuming. Therefore, the population started to replace the tea plantations with other plants. Providing the problems and advantages of the sphere, our Group has issued the recommendations for the state agencies and established the implementation terms. The recommendations aim at facilitation of the consistent development of tea-growing in the country”.

The Committee discussed the Bill on Sericulture introduced by the National Sericulture Association. As the authors believe, the Government shall undertake a protective policy to the sericulture counting 15 centuries and facilitate its development. According to them, the adoption of the Bill will indeed trigger the development of this sphere. The Committee rejected the Bill.

“Despite the negative conclusion of the Committee, we agree on the relevancy of the issue. Our conclusion is based on the fact that the national legislation on agriculture fails to envisage the adoption of a special law per sphere. The Ministry conducts its policy mostly in terms of the program aids and subsidies, while according to the Bill introduced, the Ministry shall assume the protective policy, which is not in compliance with the free trade principles Georgia has accessed to. Hence, providing this fact and deriving that the legal base does not allow the creation of the standalone laws, the Committee decided to reject the Bill. At that, I would like to mention that this issue, in any other case, is it the consideration of the budget, development of the programs or introduction of the legal changes, will remain in our agenda”, - N. Tsilosani stated.