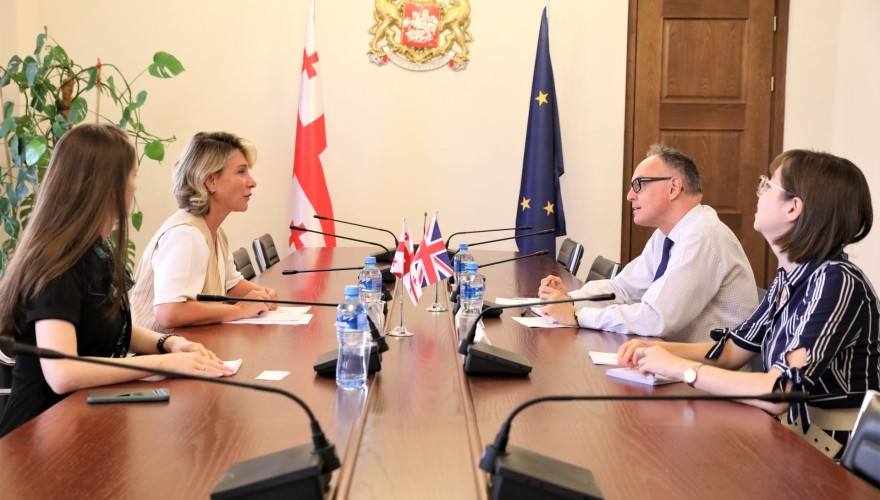 The Chair of the Permanent Parliamentary Gender Equality Council, Nino Tsilosani, met with the Ambassador Extraordinary and Plenipotentiary of the United Kingdom of Great Britain and Northern Ireland to Georgia, H.E. Mark Clayton to discuss the ongoing activities of the Gender Equality Council, and expand on the implementation of EU recommendations.

"The Ambassador of Great Britain is our great ally in matters of gender equality. Therefore, it is particularly significant that the Gender Equality Council has established a sizable and serious plan as part of the execution of the European Union's proposals, as the Ambassador also stated. Everything is being done on our end to address the aforementioned concerns as much as feasible. We collaborate with the Investors Council, a grouping of major investment businesses, at the same time through the British Ambassador. The next step in the collaboration between the Gender Equality Council and the British Embassy will be to introduce gender mainstreaming into their policies and, generally, significant investment projects through the Investors Council", - Nino Tsilosani commented after the meeting.