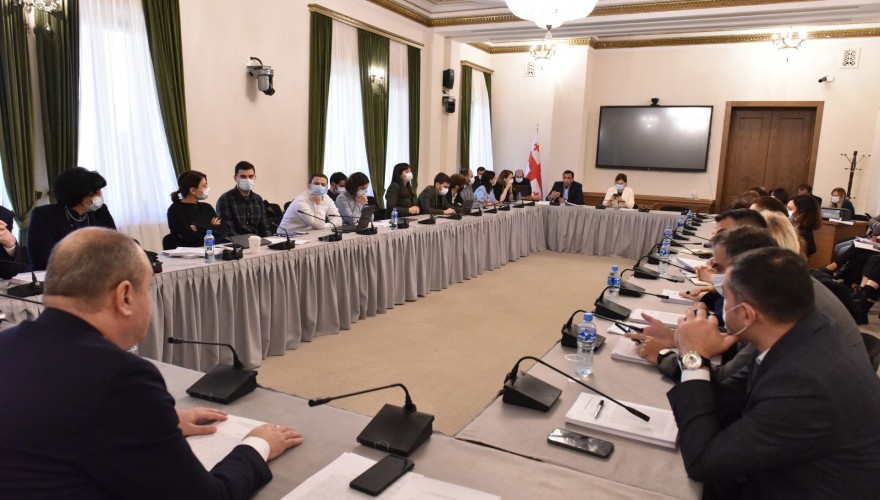 Based on the proposed change, more than 30 laws are supposed to undergo the changes.

MP Rati Ionatamishvili started presenting the bill to the staff of the State Inspector's Office with the following - "Don't let anyone fool you into thinking the government isn't on your side. It is critical to understand that our categorical proposal is for these individuals to not only continue working, but to do so with more legitimacy. This is secured by the fact that instead of one agency, there will be two, with additional regulations and requirements, and no more experienced professionals in this sector than those already engaged at the State Inspector Service will be appointed to the relevant agency. We hear a lot of speculation from various sources, and no one should be able to convince you that the state is not on your side”.

Speaking about the legislative change, Rati Ionatamishvili also said that when making any decision regarding state institutions, it is important that these decisions be made in accordance with European best practices.

"It is critical that we make choices in accordance with EU legislation and as implemented by EU member states. All of this contributes to pushing Georgia closer to Europe and the Euro-Atlantic integration process, which is a life and dignity duty for each of us. In terms of the debate, none of the opponents have responded to the question of which model is being tested in Europe and which is preferable - one agency conducting personal protection and investigative activities, or two separate agencies performing their specialized roles", - the rapporteur stated.

The meeting was attended by representatives of public organizations, including, Londa Toloraia, Head of the State Inspector Service.

After introducing the essence of the bill, Rati Ionatamishvili answered the questions.

As it was said at the sitting, the opinions and remarks expressed will be reflected in the conclusions of the Committees.

After the issue was settled, the Committees voted separately and supported the package of legislative changes.