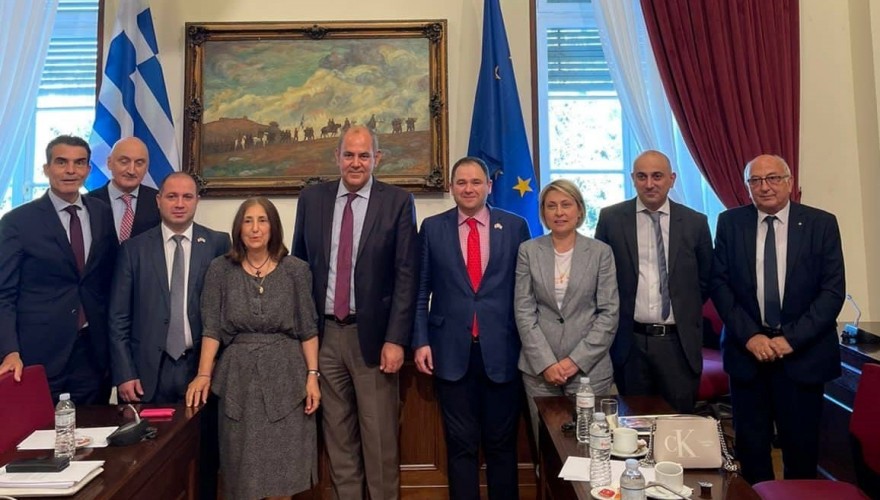 The Head of the Georgia-Greece Parliamentary Friendship Group, Givi Mikanadze, the Head of the Greece-Georgia Parliamentary Friendship Group, Dimitrios Kouvelas, Chair of the Culture and Education Committee of the Hellenic Parliament, Vasileios Digalakis and the Ambassador Extraordinary and Plenipotentiary of Georgia to Greece and Serbia, H.E. David Dondua opened the Exhibition dedicated to the 30th anniversary of the Georgia-Greece diplomatic relations.

The exhibition exposes the archive documents and photo footage reflecting the diplomatic relations between Georgia and Greece during the period of the first Democratic Republic. The event was held within the official visit of the Georgia-Greece Parliamentary Friendship Group to Greece.

The Georgian Parliamentary Delegation is composed of the Chair of the Foreign Relations Committee, Nikoloz Samkharadze and the member of the Political Group “Girchi”, Alexander Rakviashvili.