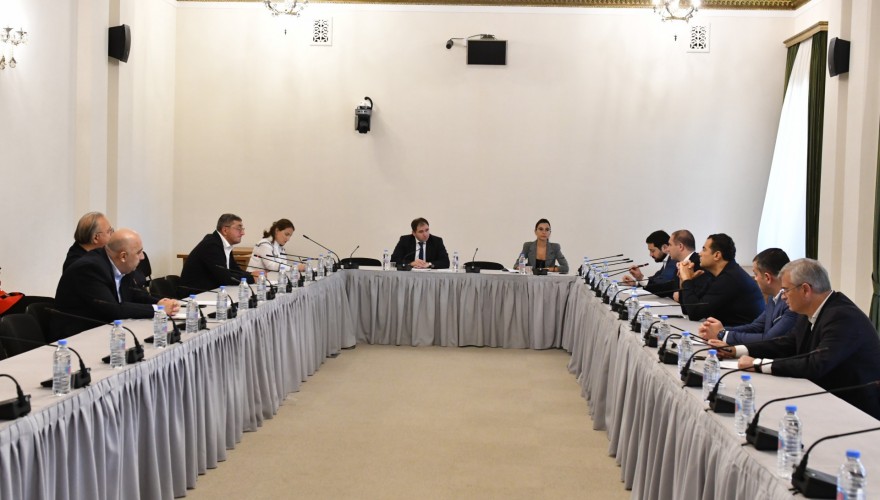 The Foreign Relations Committee discussed the loan agreement between the German Development and Reconstruction Bank, KfW (creditor), and Georgia, represented by the Ministry of Finance (Debtor).

According to the First Deputy Minister of Finance, Giorgi Kakauridze, the agreement envisages the allocation of 40 mln. EUR loan for a period of 15 years, including 5 years are preferential. The interest rate is variable and depends on EURIBOR. The mentioned amount will be used for the rehabilitation of public schools in Georgia in order to improve energy efficiency. The project also envisages the allocation of 15.35 mln. EUR of grant.

The Committee also discussed the Letter-Agreement of the Change N6 to the Financial Protocol between Georgia (Government of Georgia) and the Government of the French Republic on October 7, 2011. The amendment refers to the extension of the deadline for the registration of the contracts signed between the French suppliers and the Georgian buyers and the deadline for requesting funds within the framework of the loan and grant allocated by the French Treasury to December 31, 2022.

According to Mariam Kvrivishvili, Deputy Minister of Economy and Sustainable development, the project has already seen the delivery and installation of two cable cars in Hatsvalli and five cable cars in Tetnuldi.

"Four of these cable cars have already been placed into use. One cable car's commissioning-related tasks still need to be completed, and that goal is for the end of 2022”, - the speaker noted.

The Committee discussed another document on the ratification of the Agreement between Georgia and Turkmenistan on Air Traffic, which was signed on July 20, 2022, to replace the agreement signed between Georgia and Turkmenistan in 1993, which does not correspond to the liberalization course taken by Georgia in the field of civil aviation. Under the new agreement, airlines are allowed to carry out international air traffic between any points on the territory of their countries; And the rates and frequency of flights should be determined independently according to the demand in the aviation market. The mentioned agreement will contribute to the implementation of regular air transportation between the two countries, an increase in free competition, the development of tourism, and the improvement of service conditions.

The Foreign Relations Committee approved the ratification of the presented documents.