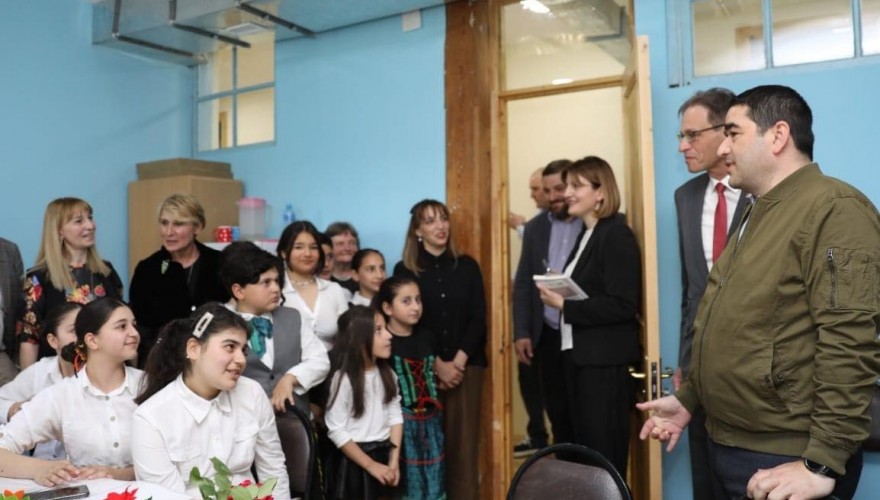 The Speaker, H.E. Shalva Papuashvili along with the German Ambassador, H.E. Hubert Knirsch opened the Culture Center in Bolnisi Municipality.

“Today, together with the German Ambassador, we had an opportunity to open the Culture Center in Bolnisi, which has been restored by the Municipality in cooperation with the German Government. As you may know, Bolnisi was a settlement of Germans and there is still maintained the traditional architecture characterizing the German culture”, - the Speaker stated.

According to the German Ambassador, the Culture Center will be open and available for the Bolnisi population. “Along with the Speaker, H.E. Shalva Papuashvili we opened the Culture Center in Bolnisi. It is located in the old premise of the Administrative Board of the German Settlement – Katerinenfeld. The building has been restored as a result of the cooperation of Bolnisi Municipality and the Union of German Cultural Heritage Preservation in the South Caucasus, backed by the German Embassy. I am glad that the Center will be available for the local population, NGOs and the Church for holding their events. I wish good luck to everyone in using this public area and I hope that the Center will become a real hub for the gathering of the local society”, - he noted.