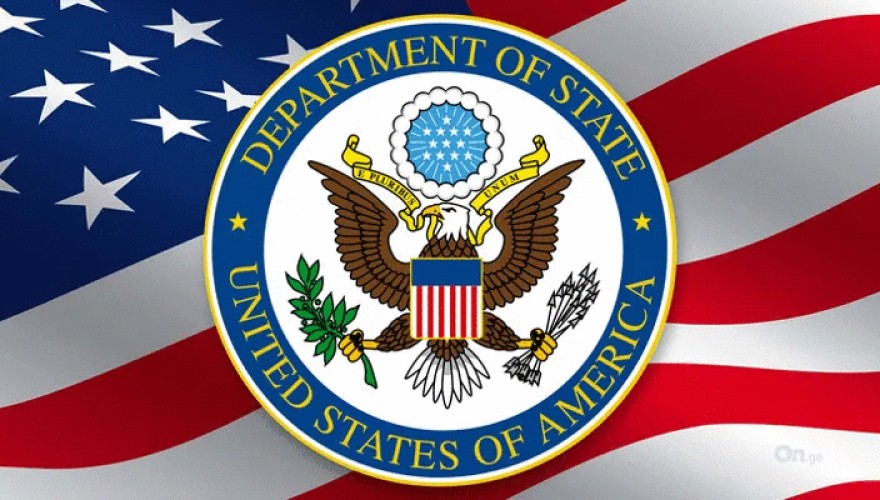 The Parliamentary Delegation, serving a visit to the USA, held a meeting with the Deputy Assistant Secretary of State for Southern European and the Caucasus, Erika Olson.

At the extended meeting, the parties discussed all aspects of the strategic partnership between Georgia and the USA, including in the security and defense capacity directions. The parties touched upon the NATO integration of Georgia and overviewed the peace-keeping initiative of Georgia in the Peaceful Caucasus format.

Mme. Olson asked about the position of Georgian MPs about the processes in the region.

The Parliamentary Delegation dwelt on the processes not only in the South Caucasus but in the post-Soviet countries and the attempt of Russia to forcefully regain control.

Georgian MPs openly declared that they welcome the further judicial reforming and engagement of the international partners. As noted, the reforming requires the analysis of steps taken and needs outlined to adopt the new legislation in compliance with the best European practice.

The parties discussed the processes in the country and underlined the necessity of mitigation of polarization, which can be achieved by the cooperation of the political parties in the Parliament and joint discussions.

Mme. Olson expressed her support for the European and Euro-Atlantic integration of Georgia.

The meeting was attended by the Deputy Assistant of State for Democracy, Human Rights and Labor, Kara McDonald.

“The meeting with Mme. Olson was very open and productive. We shared our positions on further cooperation”, - Nikoloz Samkharadze stated.