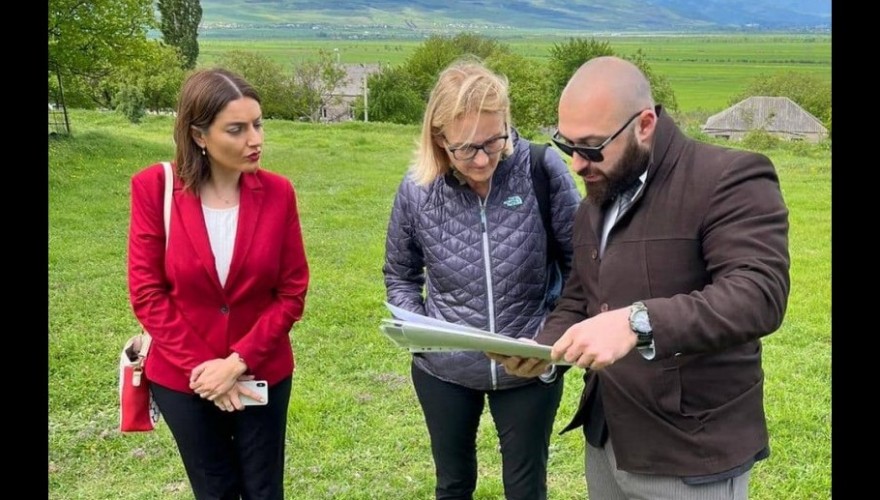 The OSCE PA Special Representative on the South Caucasus, Kari Henriksen, and Nino Iobashvili, Member of the Georgian Permanent Delegation to the OSCE Parliamentary Assembly, visited the occupation line in Khurvaleti to learn about the aftermath of the August 2008 war.

The EU politician inquired about the humanitarian and legal situations of the IDPs, as well as information regarding the occupying regime's operations.

The Georgian side spoke with the Special Representative of the OSCE Parliamentary Assembly about the everyday obstacles and problems that the local community experiences, including illegal kidnappings and arrests, the severe humanitarian situation, and Russia’s illegal actions.

Kari Henriksen and Nino Iobashvili noted that the only tool to end the occupation, against Russia, is to strengthen international mobilization.