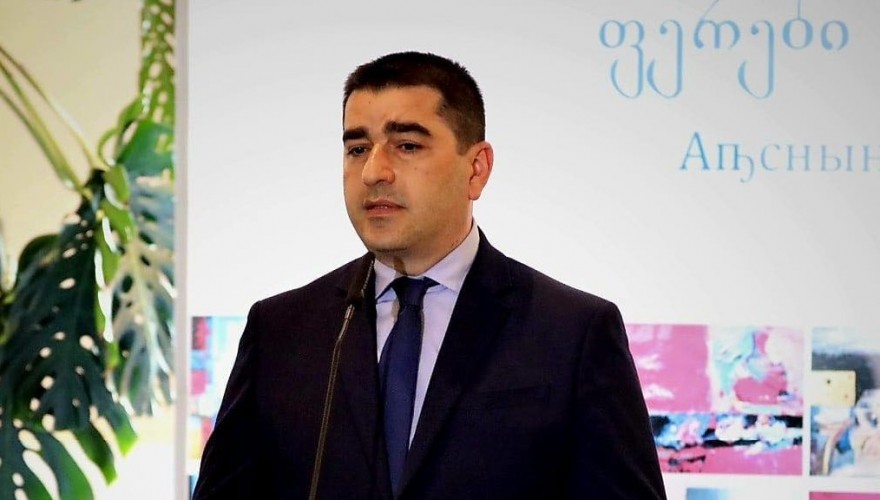 “There is a generation that has lived in Abkhazia, others who have vague memories of living there, and still others who have never seen Abkhazia. As a result, such occasions are crucial”, - Shalva Papuashvili stated at the exhibition “Colors of Abkhazia” of an IDP artist from Abkhazia.

Shalva Papuashvili thanked the First Vice-Speaker, Giorgi Volski, and the Autonomous Republic of Abkhazia's Ministry of Education and Culture for organizing the event. According to him, the connection with the Abkhaz compatriots should be maintained in order to start active development in different directions after the restoration of the country's territorial integrity.

"It is extremely vital to hold such an event and, in general, to maintain this direction so that when the day of unity with our Abkhazian sisters and brothers arrives, the flame of spiritual and cultural development that has always distinguished Abkhazia will ignite from this spark. Thematically, the show is significant because it portrays memories, feelings, and colors associated with Abkhazia. I repeat my full support for the Ministry of Education and Culture of the Autonomous Republic of Abkhazia on behalf of the Georgian Parliament”, - the Speaker stated.

According to Shalva Papuashvili, the exhibition of artists displaced from Abkhazia is important in the context of Georgia's Independence Day, which the country celebrates on May 26.

The guests were addressed by the First Vice-Speaker, Giorgi Volski. According to him, Abkhazia has the greatest intellectual potential and this direction should be presented.

"Thank you to the event organizers and individuals who created these works, who have a strong connection to Abkhazia and encourage us to remember it in our daily lives. Although today's exhibition is small, the trend is encouraging. As a result, I believe the Ministry should consider meeting with the artists more times in the future, if required. We will return to Abkhazia, the most important thing is to love each other and our homeland”, - Giorgi Volski stated.

Eliso Bolkvadze, Chair of the Culture Committee, spoke about the path taken by Georgia to gain independence and said that joint development with Abkhaz fellow citizens based on the principle of equality should be the main axis of reintegration and de-occupation.

"We must remember the fate of our fellow citizens who were forced to flee their homes. One of the most significant platforms for individuals to convey their pain is via art. One such possibility is today's exhibition. The creators of the artwork on display have personal experiences with Abkhazia. The artist is returning his portion of Abkhazia by painting landscapes and emotions in colors. This is our shared history, which I believe must be fully understood and assessed. Your artworks reawaken long-forgotten feelings”, - Eliso Bolkvadze stated.