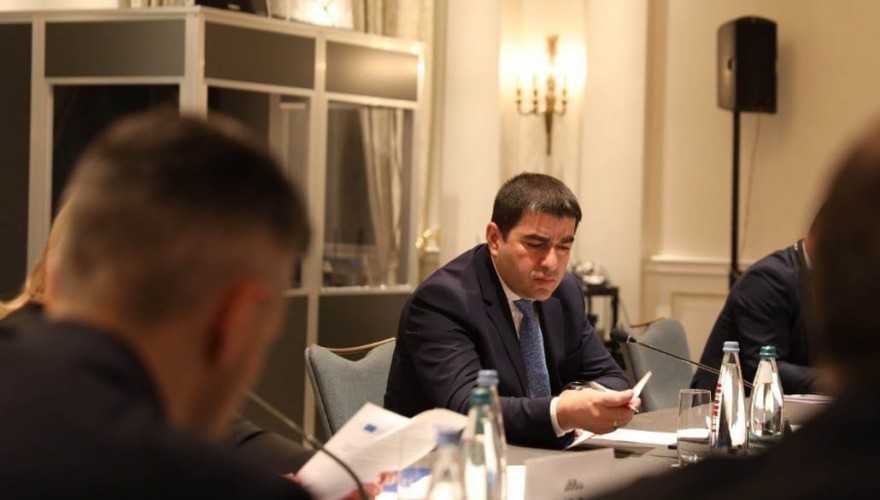 “The independent oversight and regulatory bodies play a special role in the Parliamentary life and thus, it is paramount to duly ensure their transparency, accountability and independence”, - the Speaker, Shalva Papuashvili stated at the presentation of the Assessment of the Relations of the Parliament with the Independent Institutions and Regulatory Bodies.

In his speech, the Speaker thanked the EU, UNDP and WFD for years of productive cooperation and activity. According to him, this cooperation is crucial for further enhancement of the oversight function of the Parliament.

“I would like to express my gratitude for the surveys and this presentation. The independent oversight and regulatory bodies play a special role in the Parliamentary life and thus, it is paramount to duly ensure their transparency, accountability and independence”.

As the Speaker noted, the Constitutional reform and a new Rules of Procedure ensured the transmission of the Parliament to a qualitatively new level.

“Pursuant to the new Rules of Procedure and the Constitutional reform, the Parliament proceeded to a qualitatively new dimension, equipping it with the additional oversight instruments. As we witness, these instruments are more and more intensely applied on a daily basis. The feeling of accountability of the Government to the Parliament has also been intensified. Even the statistical data reveals that the communication between the Government and the Parliament has been drastically improved compared to the preceding convocation of the Parliament. Next week, our plenary agenda includes a Ministerial Hour and we intend to hear four Ministers, including the Interpellation of the Prime Minister. Thus, next week will serve as the evidence of the efficiency of such mechanisms and the importance for the Parliament to be able to count on such independent oversight and regulatory bodies to provide it with impartial information”, - he stated.

According to him, it is particularly interesting to hear about the survey outcomes and findings.

The Speaker overviewed the oversight function of the Parliament: “New Rules of Procedure has become effective a couple of years ago and provided us with the capacity to observe their efficiency and the necessity of intensification of these instruments. I believe that one of the key tasks for this Parliament will envisage the assessment of the efficiency of the Rules of Procedure and the respective instruments”, - he stated.