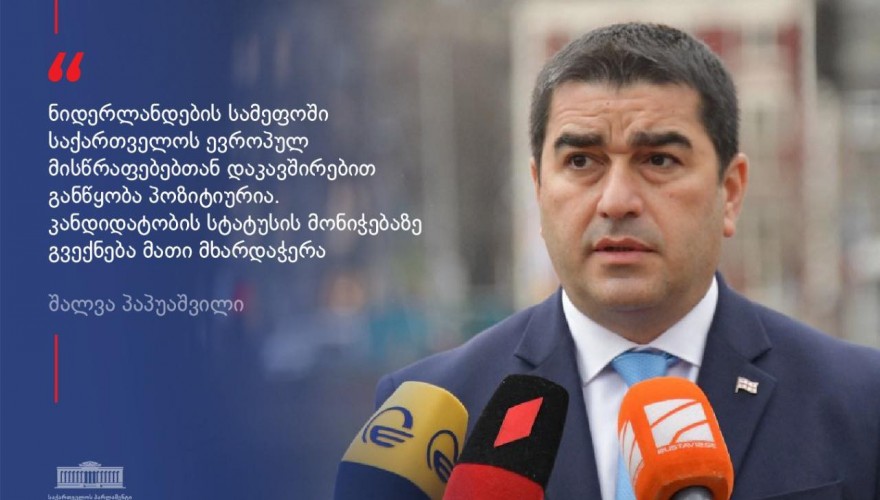 "Georgia's aspirations to join the European Union are well received in the Kingdom of the Netherlands. In obtaining the candidate status, we shall enjoy their support. I believe that this issue was significantly impacted by our visit", - the Speaker, Shalva Papuashvili stated.

The Speaker summarized the visit of the parliamentary delegation to the Kingdom of the Netherlands.

He claims that several significant bilateral discussions that took place during the visit emphasized the partners' favorable assessments and expectations regarding the European perspective of Georgia.

"We had a particularly intensive visit to the Netherlands and met with the heads of the upper and lower houses of the Dutch parliament, members of the defense and foreign affairs committees, and the president of EUROJUST. We had a meeting at the Clingendael Institute where we talked about Georgia's future in Europe. Our objective is to establish stronger ties with the Dutch Parliament. A close relationship between the parliaments is crucial since the Netherlands is one of the countries that has major influence and a say in how the EU expands”, - Shalva Papuashvili noted.