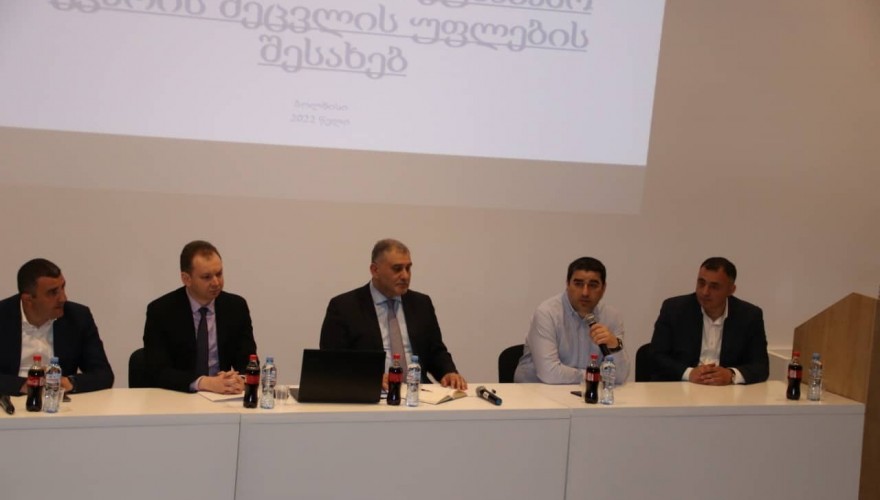 The Speaker, H.E. Shalva Papuashvili accompanied by MPs visited Bolnisi Municipality to meet the local population and civil activists to discuss the Bill on Eligibility of Change of the Surname Inconsistent with Historical-Cultural Traditions.

The Bill initiated to the Parliament envisages the establishment of the effective mechanism of granting the surname formed with the principle characterizing the authentic ethnic traditions and cultural identity to the ethnic minorities.

As noted, surnames of some ethnic groups residing in Georgia have been artificially formed during the Russian reign in Georgia.

The adoption of the Bill will determine the detailed procedure for the change of a surname and allow the applicants to enjoy the hereof service in the respective state agency.