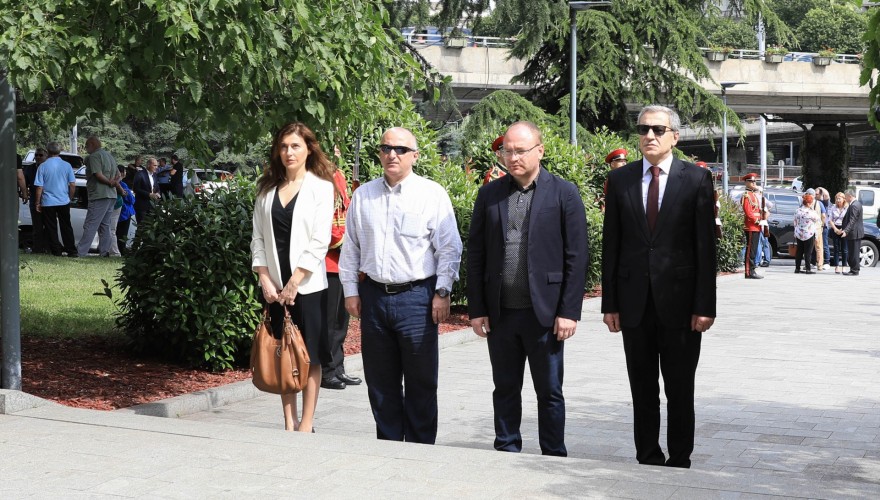 The members of the Defense and Security Committee laid a wreath at Heroes' Square on the 29th anniversary of the Battle of Tamish in honor of those who gave their lives defending Georgia's territorial integrity.

"One of the most challenging moments in the history of the Abkhazian War is the battle of Tamish. Georgian warriors exemplify bravery and selflessness. The Russian landing team, whose landing operation was organized and overseen by the General Staff of the Russian Federation's Ministry of Defense, was utterly annihilated after many days of combat. The battle of Tamish cost us up to 250 fighters. Future generations will always be proud of the sacrifice made by our troops, and we will always remember their names. Praise be to the heroes!”, - Irakli Beraia, the Chair of the Defense and Security Committee, made the following statement.

Irakli Beraia, the Chairman of the Defense and Security Committee, Vladimer Chachibaia, the Deputy Chairman of the Committee, and Resan Kontselidze, a Committee Member, remembered and paid tribute to Georgian combatants at the Heroes' Memorial.