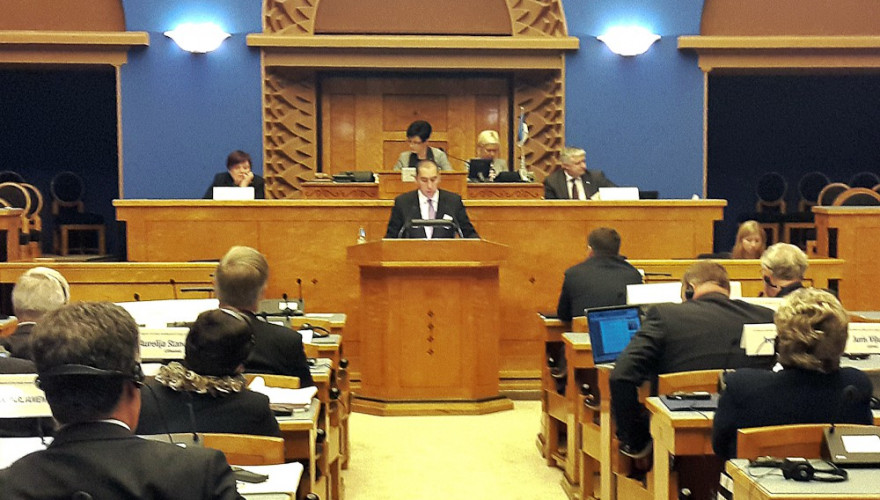 On October 24 the 33rd session of Baltic Assembly and the 20th session of Baltic Council were held in Tallinn attended by the Speakers of all three Baltic countries, other MPs, Scandinavian Council, Benelux Parliament, Visegrad countries and GUAM delegations from Azerbaijan, Ukraine and Georgia.

The topics of the session were transport and infrastructural development of the region, digital signatures, EU EaP, safe society and regional security, cooperation of Baltic countries and NATO. The Speaker of Benelux Parliament, the representative of Ukrainian Parliament to GUAM PA and the Head of Georgian delegation to GUAM PA delivered the speeches.

Z. Abashidze underlined years of friendship of Baltic Assembly with GUAM countries. He noted that Baltic Assembly was politically always by the side of GUAM states and supported their sovereignty and territorial integrity. He also spoke about visa liberalization and reminded the attendees that it is important to accelerate this process. Lithuania and Latvia have already ratified EU AA. Estonia schedules this procedure in the nearest future.