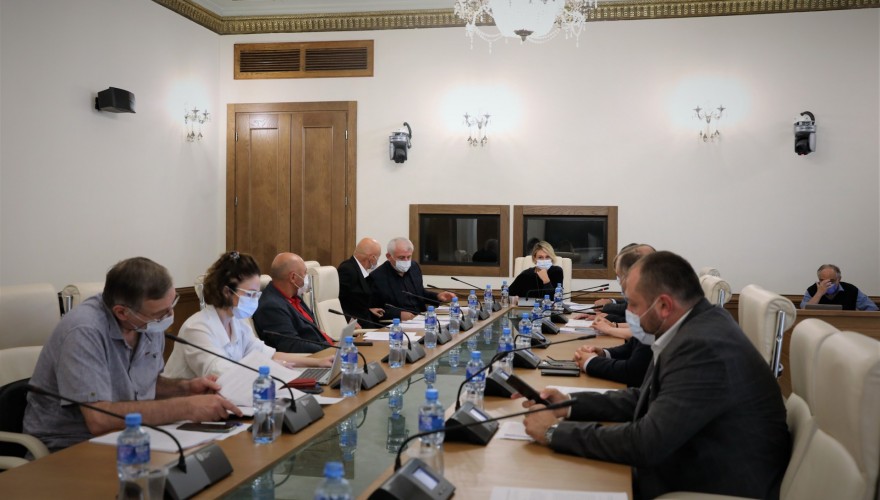 The Agrarian Issues Committee met today to review the government's legislative initiatives, including draft laws on vine and wine and the Code of Administrative Offenses in the first reading, envisaging the required certification of alcoholic beverages to be implemented in the local market beginning in 2023.

According to Levan Mekhuzla, Chairman of the National Wine Agency, the Law on Vine and Wine has four major revisions. - "Another wine category, "de-alcoholized wine", will be added to the list, for which the appropriate equipment will be allowed, as recognized by the International Organization of Vine and Wine. The next alteration is the addition of a new regulatory object, which is a wine-based beverage. The mandatory certification of wine in the local market, which will take effect in January 2023, is a big step. We will have more control over the local market as a result of this. The National Wine Agency will be able to conduct expert study of transit goods on the basis of a request from the relevant entities, according to the amendment”.

These four major changes have resulted in additional amendments to the Vine and Wine Law.

The Code of Administrative Offenses, according to the rapporteur, stipulates the amount of fines already in force, and the applicable fines will be set in a precise amount.

The Committee voted in favor of sending the proposals to the plenary for the first reading.

On both issues, Nino Tsilosani, the Chair of the Committee on Agrarian Issues, served as the rapporteur.

These bills were also approved by the Committee.