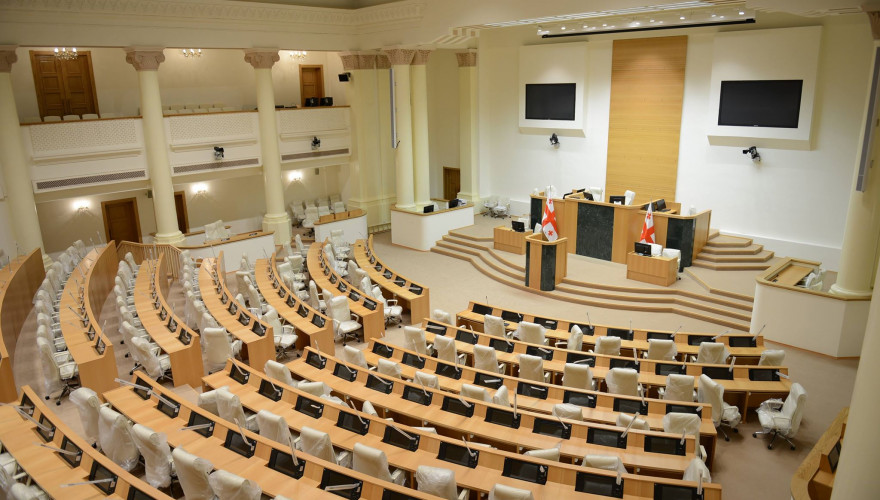 On December 11, 12h00, the Parliament Palace hosts the first plenary session of the newly elected Parliament.

In line with the Constitution of Georgia and the Rules of Procedure, the President of Georgia, Mme. Salome Zourabichvili will open the session.

After the President's speech, the floor will be given to the Senior Member of Parliament, who, in accordance with the Rules of Procedure of the Parliament, will chair the first sitting of the newly elected Parliament before the election of the Speaker.

The Chair of the CEC, Ms. Tamar Zhvania, will present the election returns and the documents required for the recognition of the powers of the members of Parliament.

The Parliament shall acquire full powers from the moment the powers of 2/3 of the MPs are recognized, and the term of office of the Parliament of the previous convocation is terminated.

After that, the MPs will give an oath of allegiance to the country, the text of which will be read by the chairman of the CEC.

Members of Parliament will sign the text of the oath.

After giving the oath, the Georgian national anthem will be performed.

Deputies will elect the Speaker of the Parliament, his/her First Deputy and Deputies at the first sitting. The Chairmen of the committees will be elected at the same session.

Pandemic-related regulations make it mandatory for persons inside the Parliament Palace to wear a face mask.

Media representatives will be allowed to enter the Parliament Palace from 11h00.