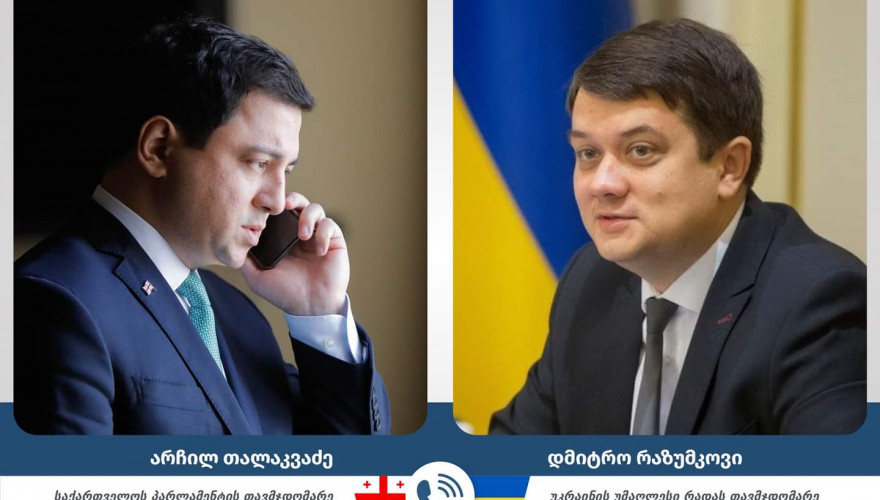 The Speaker of Georgian Parliament, Archil Talakvadze held a phone conversation with his Ukrainian counterpart, Chairperson of the Verkhovna Rada, Dmytro Razumkov.

Mr. Talakvadze underlined the strategic partnership and friendship between Georgia and Ukraine and expressed his deep concern about the Russian militarization in Ukraine and its borders, violating the territorial integrity, security and stability of Ukraine.

According to him, the actions of Russia in Ukraine and its borders repeat the scenario of 2008, when Russia used its army mobilized with the reason of military training to occupy the territories of Georgia.

The Speaker noted that the current escalation poses threat not only to Ukraine but to Europe, thus, Georgia intends to apply all platforms to call on the international society to provide Ukraine with support and stop the destructive and aggressive policy of Russia.

Archil Talakvadze expressed his intact support to the territorial integrity and peaceful development of Ukraine.