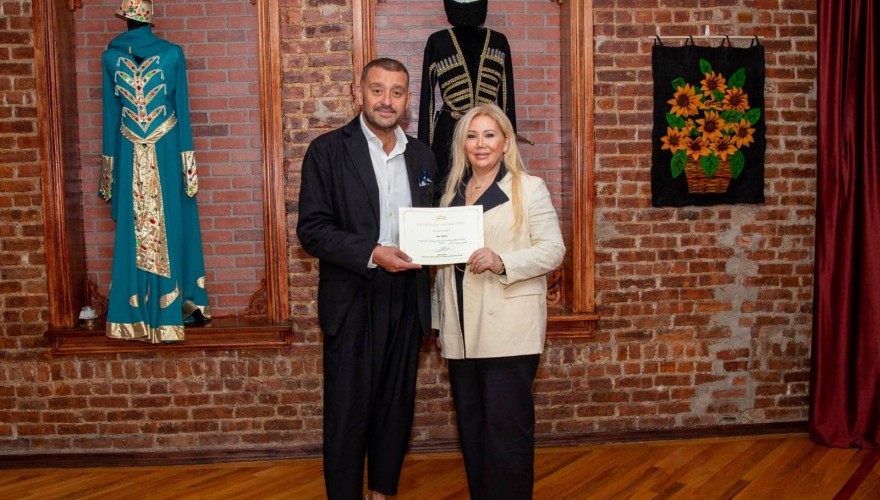 As part of his visit to the USA, the Chair of the Diaspora and Caucasus Issues Committee, Beka Odisharia met with the founders, tutors, students, and parents of the Georgian cultural and creative organization "Irina Academy" operating in New York.

Beka Odisharia became familiar with the goings-on at the Academy, which was established in 2020 and is a high-level Georgian center with infrastructure, employing around 20 Georgian tutors and providing instruction in a variety of subjects to over 200 pupils of Georgian and other nationalities. The facility boasts its own cutting-edge meeting rooms, concert halls, and training rooms. Irina Khutsurauli, a soloist with the Georgian National Ballet known as "Sukhishvili," is the organization's creator and leader. She oversees the academy's operations along with her family.

Beka Odisharia visited the conference, exhibition, and training spaces of the Academy, after which a meeting was held with the representatives of the center and the invited Georgian diaspora.

Beka Odisharia thanked the organizers and teachers of the Georgian cultural and creative organization for their contributions to culture, which promotes the friendship between the Georgian and American people as well as their accomplishments and activities related to the teaching of Georgian language and history, as well as Georgian dance and song, abroad.

The meeting was followed by a discussion on the challenges encountered by emigration and plans for future cooperation. In the end, the students of the academy held a concert.