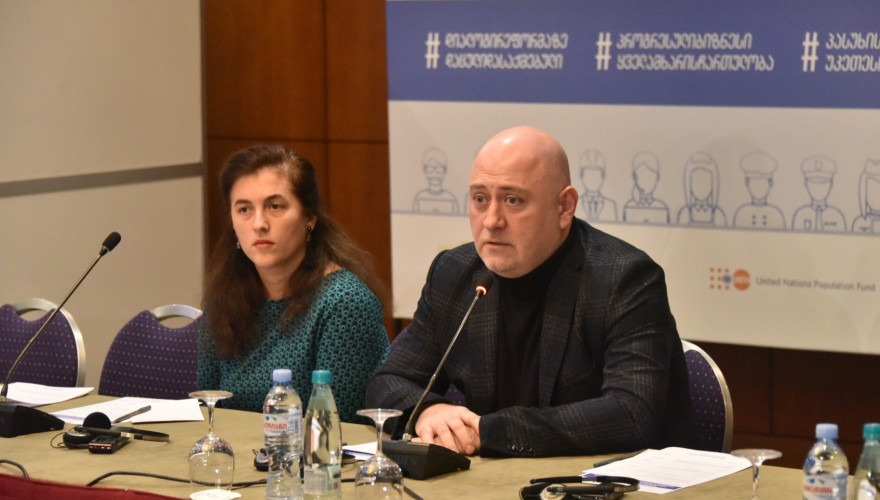 The initiators of the Labor Code reform hold a third public meeting with stakeholders to table the norms of termination of employment contracts, workplace information and consultation mechanisms.

The public meetings are to ensure broad participation of the parties, active involvement of employees and employers, and maximization of their positions. In view to these objectives, today's working meeting is attended by the Chair of the Trade Union Confederation, the Business Ombudsman, representatives of business association and others.

As one of the initiators of the Labor Bill, Dimitri Tskitishvili stated, a labor culture and mechanism for effective management of labor relations should be established by a separate law. According to him, some of the businessmen find these changes positive and support the reform of the Labor Code.

“There is no unified position. Some of the businessmen find the changes positive and believe that these changes will increase the motivation of the employees. We agree on the introduction of the regulations with the business and understand that there needs to be a predictable environment and fair playing rules. This refers to the creation of a new investment environment because the businesses that flourish at the expense of abuse of human rights will, of course, completely oppose these regulations”, - Dimitri Tskitishvili stated.

The Chair of the Trade Union Confederation holds a similar position. Irakli Petriashvili believes that state-minded businesses favor the reform of the Labor Code. “People suffer from an unbearable working condition. Not only for the sake of poverty, but because of their negligence, they migrate to work in other countries. Ask around, what does overtime work mean, what does work time, or working with no vacation mean? When the legislation fails to work, one can complain about nothing. This Labor Code will resolve everything at the legislative level”, - Irakli Petriashvili reported.

Several public meetings have already taken place as part of the public consideration process of the Labor Code reform. In parallel, the initiators of the Bill discuss the document with business associations and trade unions, HR specialists and the civil sector.

With the support of the International Labor Organization, a package of legislative amendments was prepared in the Parliament of Georgia, which envisages the creation of new legal and institutional mechanisms for the protection of labor rights.

International and donor organizations, including the UNDP, GIZ, ILO and the UNFPA are involved in the preparation of the bill and its public considerations.

The Bill stipulates the revision and improvement of the existing Labor Code.