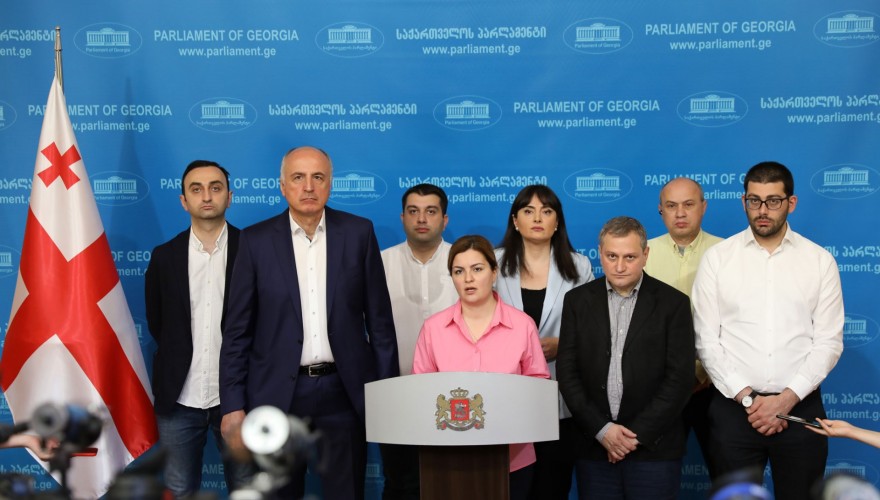 The faction "Lelo - Partnership for Georgia," as Ana Natsvlishvili indicated today, would not participate in the interview process with Supreme Court nominees.

A. Natsvlishvili believes that the procedure of interviewing Supreme Court applicants is illegitimate, and that "Lelo" does not want to legitimize it.

According to the MP, the Georgian Dream violated the April 19 agreement by initiating this process.

"The Georgian Dream has plainly breached the April 19 agreement by boycotting the judicial reform that it agreed to as part of the consensus. We demand: urgent meeting of a parliamentary working group on judicial reform; Immediate start of the process of choosing non-judicial members of the judiciary with the opposition's participation and votes provided under the Constitution; Suspension of the process of appointing Supreme Court judges and establishing a commission, with the participation of foreign specialists, to investigate the situation in the court and provide a precise and correct formula to the court, as stated in the April 19 agreement. In another case, we proclaim once more that the fraudulent procedure that began today in the Legal Issues Committee, with the goal of deceiving the opposition and the non-governmental sector and enlisting their participation in the process in order to portray it as inclusive, has failed. Many actors, including Lelo, have said unequivocally that this procedure will not be legitimized. Despite the fact that the Georgian Dream is breaking the deal, we will not do so”, - Ana Natsvlishvili stated on behalf of the faction.