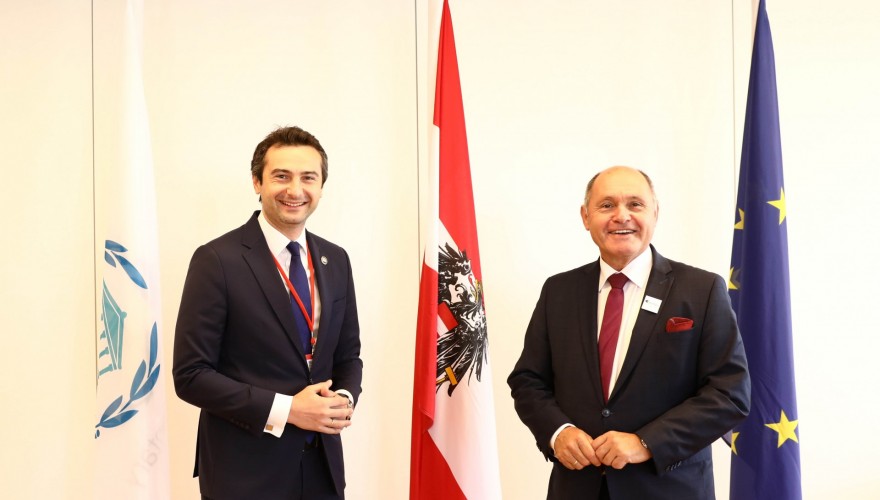 H.E. Kakha Kuchava, Speaker of the Parliament of Georgia, accomplished his visit to Austria as part of the Fifth International Conference of Speakers of Parliaments.

During his visit, K. Kuchava met with Wolfgang Sobotka, the Speaker of the Parliament of the host country, to review the two countries' relations and examine the prospects for future cooperation.

The importance of parliamentary diplomacy was emphasized by the parties.

"It was a three-day conference that was both engaging and productive. Bilateral talks were arranged, allowing us to speak with all of our partner countries, as well as those who are interested in Georgian developments. We discussed de-occupation as well as a number of other critical problems on Georgia's agenda. I'd like to call attention to the meeting with the Austrian Parliament's Speaker that took place today. We covered all of the subjects that provide a very good potential to improve relations between the two countries, especially at the parliamentary level, because he is a tremendous friend of our country. In general, I would argue that maximizing the capacity of parliamentary diplomacy is a top objective for us. There will be other additional events at which Georgia will be well-represented", - Kakha Kuchava stated.

The Speaker also gave a summary of the visit to the media, saying that his colleagues reaffirmed their strong support for Georgia's Euro-Atlantic ambitions.

"I've had many online conversations with colleagues, but face-to-face encounters are invaluable, and their strong support for Georgia's Euro-Atlantic ambitions was very crucial. They are standing by us, waiting for the implementation of the ambitious changes and plans that we have on the table, and we are convinced that with their help and our efforts, we will be able to reach the ultimate goal”, - Kakha Kuchava remarked.