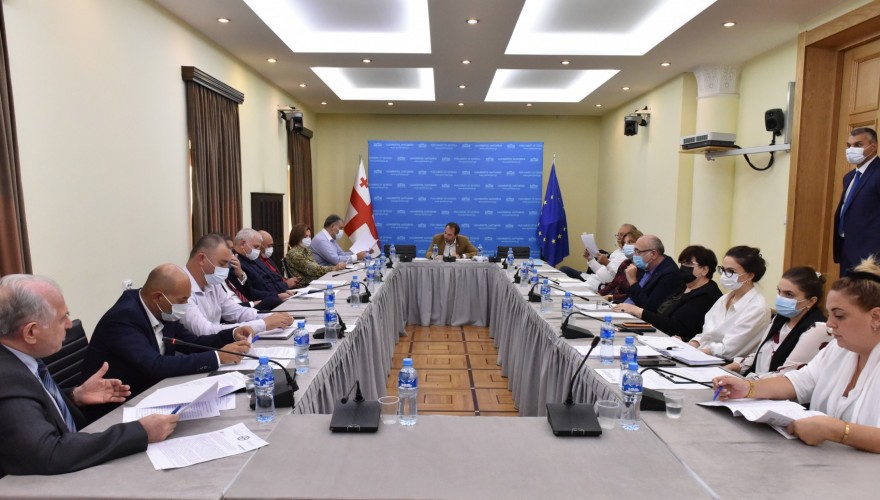 The Committee discussed the Bill on Cultural Heritage in the first reading, envisaging more effective protection of cultural heritage, detection of discrimination against monuments and relevant preventive measures.

According to Jemal Gamakharia, Chairman of the Supreme Council of the Autonomous Republic of Abkhazia, the document specifies the concepts of "destruction of the monument" and "damage to the monument", which will help combat these actions.

"The draft law also distinguishes between damage and destruction of cultural heritage monuments on a discriminatory basis. The composition of the project documentation of the immovable cultural monuments will be determined in a new way”, - the rapporteur stated.

Today, the Committee considered the petition submitted by the initiative group for the Art Museum regarding the developments around the Shalva Amiranashvili Art Museum.

The petitioners and signatories believe that the building with the status of a cultural heritage monument of national importance is in danger and demand that the Parliament use its mechanisms to ensure the publicity of the issue as well as the effective exercise of legislative control over the ongoing processes.

According to the First Deputy Chairman of the Committee, Irakli Mezurnishvili, the position of the Ministry of Culture is important in order to start a discussion on the issue.

The Committee endorsed the referral of the petition to the Ministry.