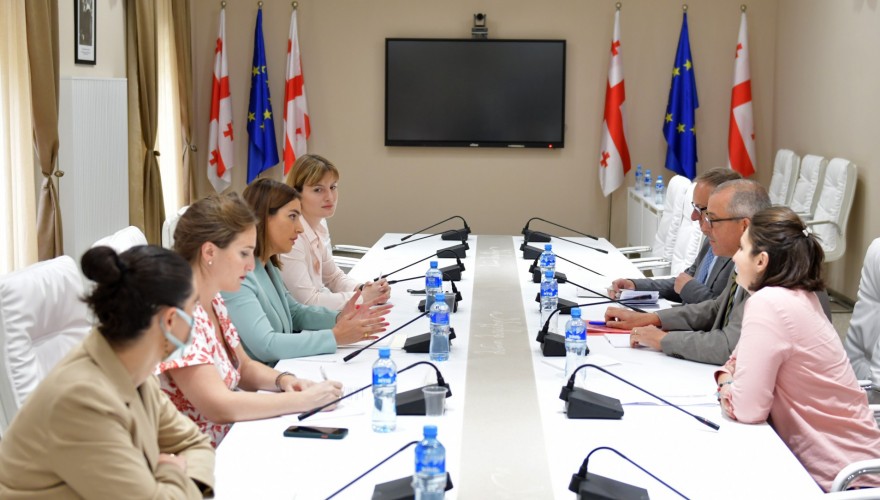 The Head of the Georgia-Switzerland Parliamentary Friendship Group, Nino Iobashvili and the Group members – Mariam Lashkhi and Khatuna Kvitsiani – held a meeting with the Program Manager of the Human Rights and Peace Policy Department of the Foreign Affairs Ministry of Switzerland, Christoph Späti.

The parties discussed the bilateral relations and stressed the importance of the enhancement of the Parliamentary ties and sector cooperation. The parties touched upon the processes in the country, as well as the Russian aggression in Ukraine. Georgian MPs overviewed the remedies undertaken by Georgia in support of Ukraine – in humanitarian and political terms.

The meeting was attended by Armin Rieser, Counsellor, Human Security Adviser for the South Caucasus at the Embassy of Switzerland in Georgia, and the Peace and Human Rights Officer of the Swiss Embassy to Georgia, Medea Turashvili.

The Swiss officials asked about the legal status of the minorities in Georgia, in response to which the Georgian MPs introduced the general progress and certain cases in this regard. The parties overviewed the grave humanitarian situation in the occupied territories of Georgia and underlined the importance of the mobilization of the international efforts.

“We thanked our Swiss colleagues – true friends and strong supporters of our country at the international theatre, for recognizing and supporting the territorial integrity and sovereignty of Georgia within the internationally recognized borders. Switzerland plays a crucial role in capacity of mediation in the peaceful resolution of the conflict, including the Geneva Talks”, - N. Iobashvili stated.