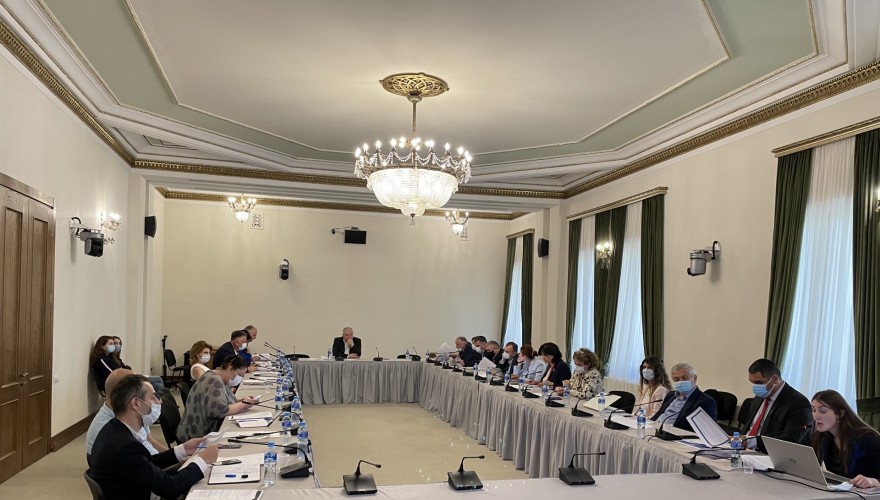 The Standing Audit Group on State Audit Service Reports at the Budget and Finance Committee discussed the 16 recommendations issued by the Audit Office.

Relevant audits were conducted in two facilities of the Ministry of Education and Science and covered the years 2016-2019.

MPs got acquainted with the compliance and effectiveness reports submitted by the Foundation in the field of granting, fulfilling contractual conditions and promoting education abroad.

In order to eliminate the findings and shortcomings identified as a result of the work carried out, 9 recommendations were issued to the Shota Rustaveli Georgian National Science Foundation, which were shared by the Foundation and the deadline for their implementation was set to December this year.

In terms of program planning, implementation and prioritization, relevant explanations were made by the representatives of the Ministry and the Foundation regarding the identified shortcomings and the ways to their elimination.

According to the MPs, the State Audit Office should pay attention to the implementation of the recommendations already issued during the further inspection of the facilities.

Otherwise, steps will be taken to tighten liability.

The Head of the Group, Paata Kvizhinadze, emphasized that the Parliament, within the framework of its oversight function, pays principled attention and constantly monitors the implementation of the recommendations.

"According to international practice, we review only recommendations. The Audit Office does not make punitive decisions. In case of agreement, recommendations should be implemented. This is a matter of principle for us”.

Mariam Zaalishvili, Deputy Head of the Social Audit Unit of the State Audit Office, introduced the reports of the Audit Service to the members of the Audit Group with remarks and relevant recommendations.