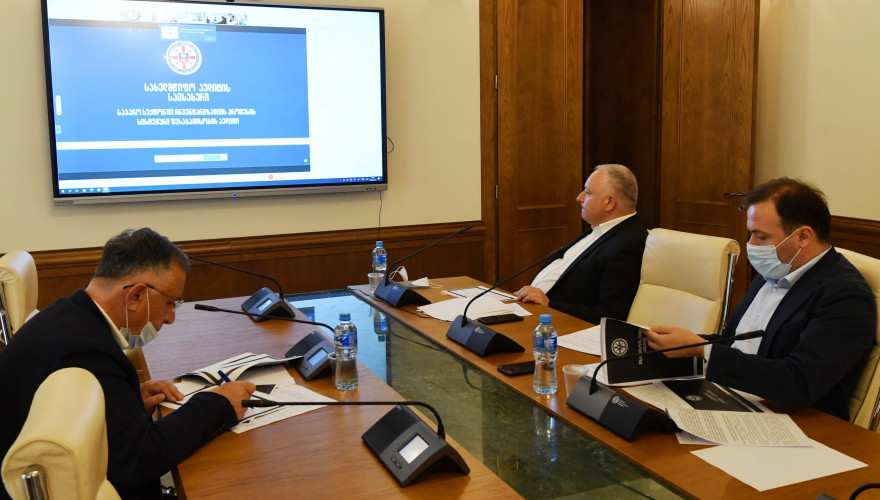 The Standing Audit Group on State Audit Service Reports, chaired by the First Chair of the Budget and Finance Committee, Paata Kvizhinadze, convened another sitting to discuss the "Audit Report on Systematic Compliance with the Inventory Process in the Public Sector".

As P. Kvizhinadze noted, the purpose of this process is not to punish anyone - "Our main goal is to correct whatever shortcomings the State Audit Office finds during this or that inspection. Recommendations that are not implemented will be subject to special scrutiny”.

The Head of the General Services Audit Department of the State Audit Office, Giorgi Kekelishvili introduced the "Systemic Compliance Audit Report on the Inventory Process in the Public Sector".

After the recommendations for separate directions, the representatives of the executive authorities made relevant explanations regarding the identified shortcomings and ways to their elimination.

According to the MPs, the State Audit Office shall pay attention to the implementation of the recommendations during the further inspection of the facilities.

Ministries and relevant services were asked to submit timely plans to address the identified problems, recommendations, and proposals made during the meeting.

According to the Head of the Group - "There were many findings, many shortcomings, which must be corrected. 20 recommendations in total were issued. Agencies generally agree with these recommendations, and the main thing now is to meet the requirements of these recommendations, and we will take control of this process. It has been revealed that the accounting of non-financial assets is not perfect, there are no people attached to this process, in general, there is no unified approach to this process. It was decided to maintain a unified system, the Ministries of Finance and Economy were instructed to conduct a unified, modern accounting process”.