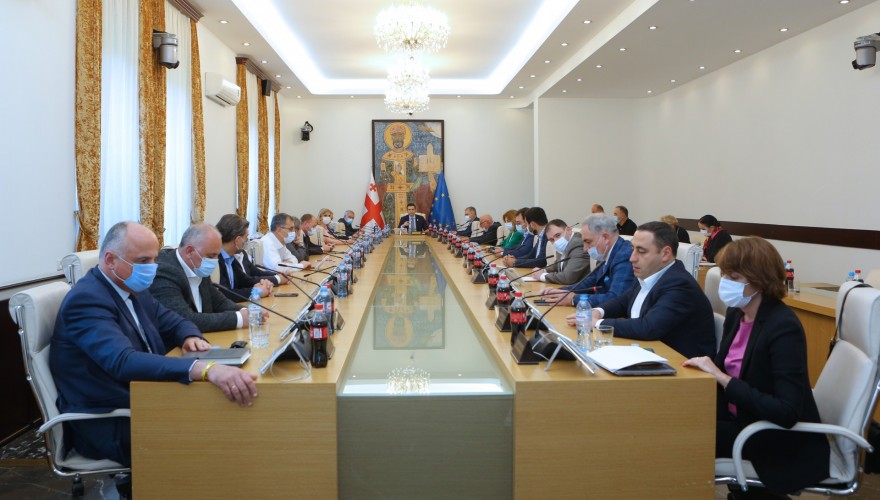 The Bureau discussed the changes to the Law on Health Care, extending the authority of the Government for the temporary remedies against the pandemic to January 1, 2022.


According to the Chair of the Faction “National Movement – Unity Makes Strength”, Khatia Dekanoidze, this Law thus violates the Constitution as the Parliament in the Parliamentary Republic shall hold the right and obligation to determine the restrictions to the established by the Government.


According to the Speaker, Kakha Kutchava, it was already discussed in the preceding Parliament. “Then it was agreed and I cannot recall if any of the similar position about its contradiction with the Constitution was expressed by the Parliamentary or non-parliamentary opposition”, - he stated.


According to the Chair of the Health Care Committee, Dimitri Khundadze, the world still lives under the global pandemic and such decisions are made on the basis of the position of the medical personnel.


“We have 700 people infected in the clinics and 200 of them are on lung ventilation and the world medical sphere expects the 4th wave, so the regulations and restrictions shall be made on the basis of the position of the epidemiologists and medical society as the pandemic can lead to far graver consequences”, - he stated.