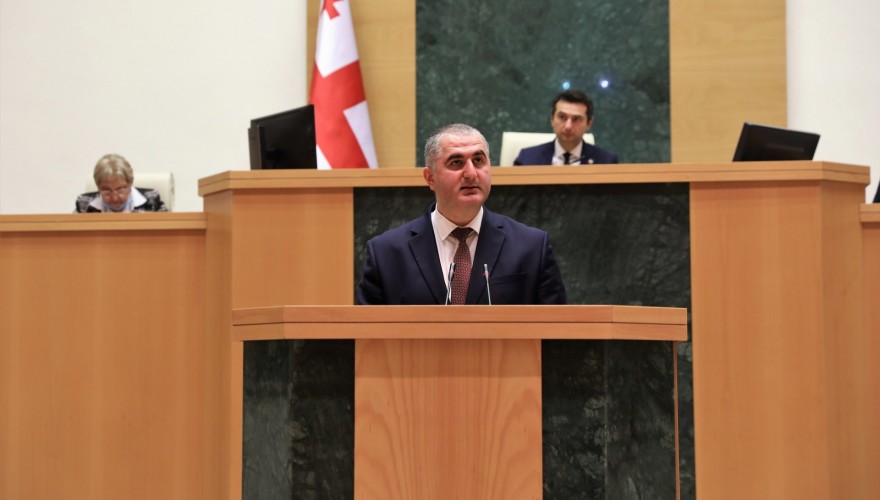 Lasha Khutsishvili, the Minister of Finance, presented a revised version of the draft state budget for 2022 to the Parliament's Plenary Session for deliberation.

"The new version primarily reflects all of the comments or ideas made during the discussion of the initial version of the document, both during committee hearings and faction discussions”, - the Minister of Finance stated.

Despite the inadequate rehabilitation of tourism, the current account deficit has improved this year, according to L. Khutsishvili. According to him, foreign trade is also recovering quickly. Remittances are also increasing at a rapid pace, surpassing the 2019 amount by 40%.

When it comes to inflation, the Minister points out that it is one of the pandemic's longest-running economic issues.

The economy has already begun to revive, according to the Minister of Finance, and the private sector should be the key driver of this recovery. In the context of the worldwide lockdown, he noted, the pandemic's effects on the private sector could not be averted, and without government involvement, the harm may have been so severe that economic recovery would not only have been impossible this year, but also in the next 4-5 years.

"Consequently, fiscal policy was also aimed at mitigating the social and economic consequences of the pandemic, which was ultimately reflected in the increased fiscal deficit and, consequently, increased debt. Our economic policy has always considered the private sector to be the main driver of economic growth, and it must regain that role”, - he said.

According to him, macroeconomic stability must be restored, which essentially entails fiscal consolidation. According to L. Khutsishvili, the population will receive pensions worth 2 billion 885 million GEL in 2022. The pension for retirees living in highland villages will be 312 GEL, taking into account the extra available there. The pension for those aged 70 and up will rise by 25 GEL to 300 GEL, while the pension for those in highland settlements will rise to 360 GEL.

More than one billion GEL has been set aside for the financing of targeted social projects, according to L. Khutsishvili. According to him, the maximum amount that may be spent next year is 20.3 billion GEL, with about 32% going to state social commitments and health programs and another 31% going to infrastructure projects and economic support.

The Minister of Finance answered the questions of the MPs.