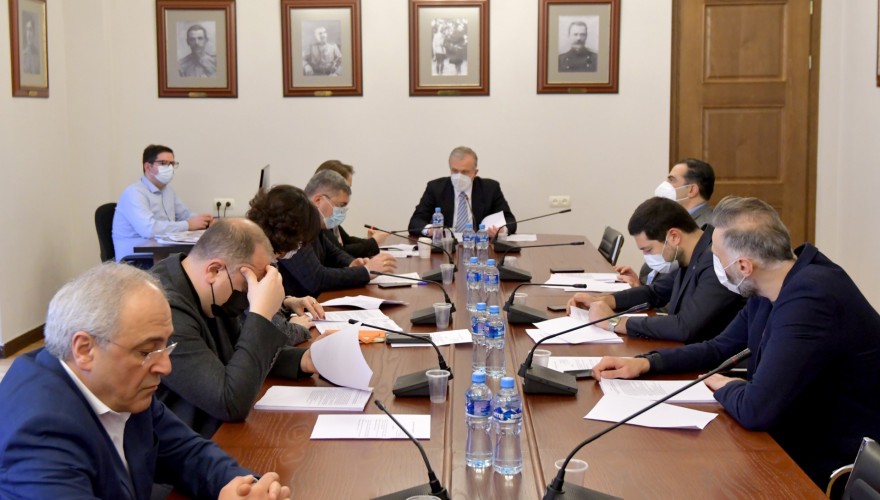 The Committee discussed the Credit Agreement between Georgia and the France Development Agency (Energy Reform of Georgia), envisaging the allocation of 150 ml EURO for 20 years, where 5 years are preferential and the interest rate is fixed – 0,81% annual.

“The Agreement was signed in 2018 between Georgia, France and Germany, which simultaneously to the energy reform, envisaged the allocation of the credits. The reforms resulted in the allocation of 205 ml EURO from France in 2018-2020, and 199 ml EURO from Germany. The Agreement also envisages the extra 150 ml EURO from France. On November 16, 2021, the agreement was signed, which deriving from the upheld reforms, envisages the allocation of extra 150 ml EURO to be directed to the State Budget in view to support the energy reforms in Georgia”, - the First Deputy Finance Minister, Giorgi Kakauridze stated.

The Committee also discussed the Agreement on Financial Cooperation between Georgia and Germany (2020), envisaging the allocation of a grant of 5.2 ml EURO for the “Bio-diversity and Sustainable Local Development” project. Germany has already allocated 18,5 ml EURO for this project. The hereof funds will be consumed on the development of Ajara AR Forest Agency and Agency for Protected Territories.

“The Agreement envisages the reflection of this sum in the previous agreement and hence, extra 5.2 ml EURO shall be allocated and the total grant will constitute 23,7 ml EURO. These funds will be consumed on the improvement of the protected areas and forest system in Ajara”, - the reporter noted.

The Committee approved the documents.