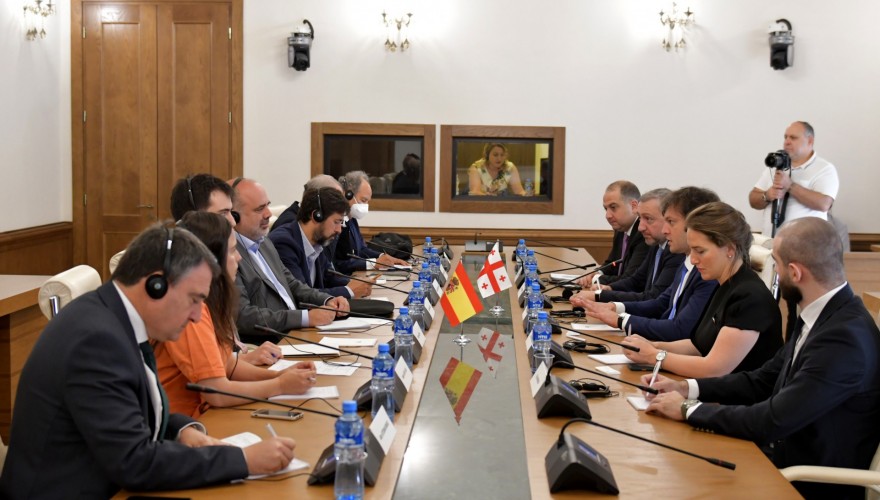 The Majority Leader, Irakli Kobakhidze and Majority MPs held a meeting with the Chair of the Foreign Affairs Committee of the Lower House of the Congress of Spain, Pau Marí Klose and the Delegation members.

The parties discussed the Georgia-Spain relations and further prospects of cooperation. The parties touched upon the candidacy for Georgia and underlined the importance of the support of Spain in this process.

“At the meeting with our Spanish colleagues, we discussed a wide range of issues, including bilateral cooperation, the situation in the country and the EU candidacy for Georgia. We stressed the importance of the support of Spain in this process and touched upon all the issues important for the development of our country and for the candidacy”, - I. Kobakhidze stated.

The meeting was attended by Majority MPs Irakli Chikovani and Mariam Lashkhi, as well as the Ambassador of Georgia to Spain, H.E. Ilia Giorgadze.