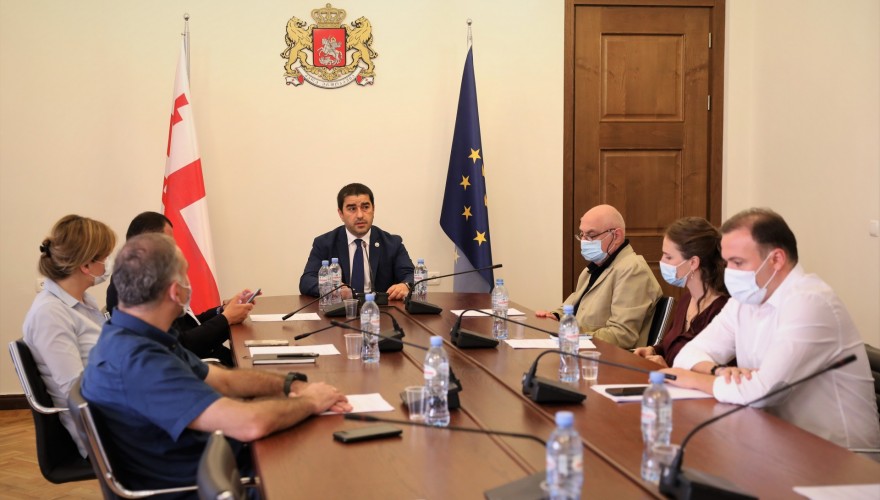 Shalva Papuashvili, the Chairman of the Education and Science Committee, congratulated students and teachers on the opening of the new school year and said that, owing to the pandemic, distant learning was implemented, for which the education system was well prepared.

"Of course, distance learning is difficult and has limitations that, no matter how well-prepared the educational system is, cannot compensate for the psychological goals that classroom learning provides. But it all relies on the epidemiological situation”, - Sh. Papuashvili stated.

The first graders will begin studying on October 4th, according to him. Until then, there is hope that the pandemic situation would improve and children will return to the classroom to learn.

In areas where the pandemic rate is low, the survey found 300 schools where students can resume their studies in the classrooms.

"This primarily affects mountainous areas. Other schools are also being investigated, and judgments will most likely be made on an individual basis. This is a judgment that should be founded on scientific opinion and is based on epidemiological situations. I hope that, at least, on October 4, it will be possible to continue the educational process in schools in some capacity”, - Sh. Papuashvili remarked.

As he stated, the Committee is conducting a committee inquiry into distance learning and is receiving citizen and organizational input, which is being evaluated, and will be followed by a committee hearing in two months.

At the Committee's meeting, two legislative proposals were considered.

The committee rejected citizen G. Goroshidze's legislative proposal to amend the Law on Higher Education, as well as citizen D. Mebaghishvili's proposal to abolish all higher taxes at public universities save diploma and student insurance.