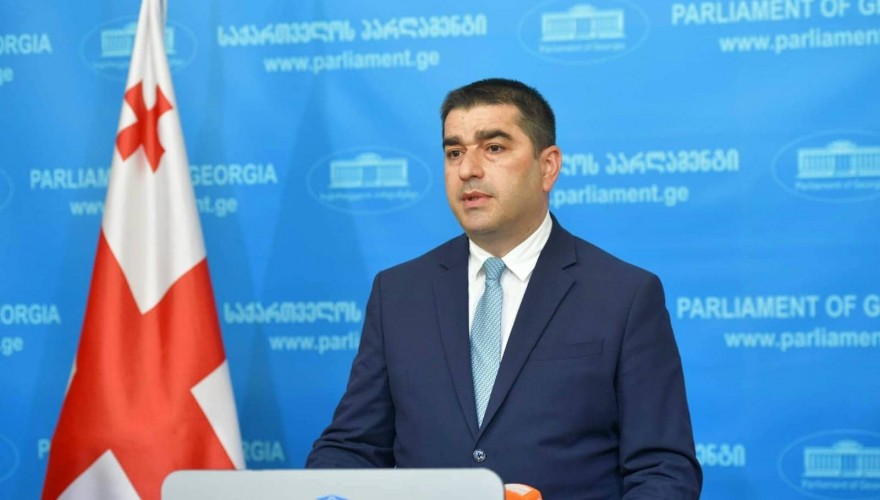 Indeed, we witness the creation of a new history of the European Union and our country and the only thing we need today, is to truly perceive this history, since “it is sometimes not easy to notice history at the moment of its formation”, - the Speaker, H.E. Shalva Papuashvili stated at the Special Briefing today, responding to the decision of the European Council.

“First of all, I would like to thank the Leaders of the European Union for the demonstration of their unity in this complicated period for the region, and for unanimous recognition of the European perspective of Georgia, Ukraine and Moldova. I congratulate Ukraine and Moldova on receiving the status of the EU candidate state. It is crucial that against the background of the Russian aggression, the EU has sent this strong message of solidarity. I also would like to underline the determination of the automatic EU Candidacy Roadmap for Georgia by the European Council. Every single person, working on the EU integration of Georgia for years, is well aware of the political, historical and practical meaning of this decision for the further membership of Georgia to the EU. “It is sometimes not easy to notice history in the moment of its formation”, - is the estimation of the European Commission of yesterday’s truly historical decision to Georgia, Ukraine and Moldova. And indeed, we witness the creation of a new history of the European Union and our country and the only thing we need, is to truly perceive this history”, - he stated.

According to the Speaker, EUCO’s yesterday’s decision was indeed historical.

Mr. Papuashvili noted that Georgia keeps a solid pace on the peaceful development and democratic reforming path and meets this historical decision with this position. He underlined that the Parliament of Georgia is committed to working on the priorities reflected in the recommendations of the European Commission.

“How does Georgia meet this historical decision? Today, Georgia keeps a solid pace on the peaceful development and democratic reforming path. The decision of the European Council and the recommendations of the European Commission clearly recognize the enormous progress Georgia recently achieved on the EU integration path. But, the acutest impediment for us in achieving our goal in six upcoming years and in forthcoming months is the divided society, radicalism, intolerance, confrontation, hatred and despair. All these impediments can be eliminated with our true Europeanism and patriotism, mutual support and faith in the future. Today, Europeanism and patriotism are equalized and I, being the Speaker of the Parliament, reiterate that the Parliament is committed to working in response to the priorities reflected in the recommendations of the European Commission”, - he stated.