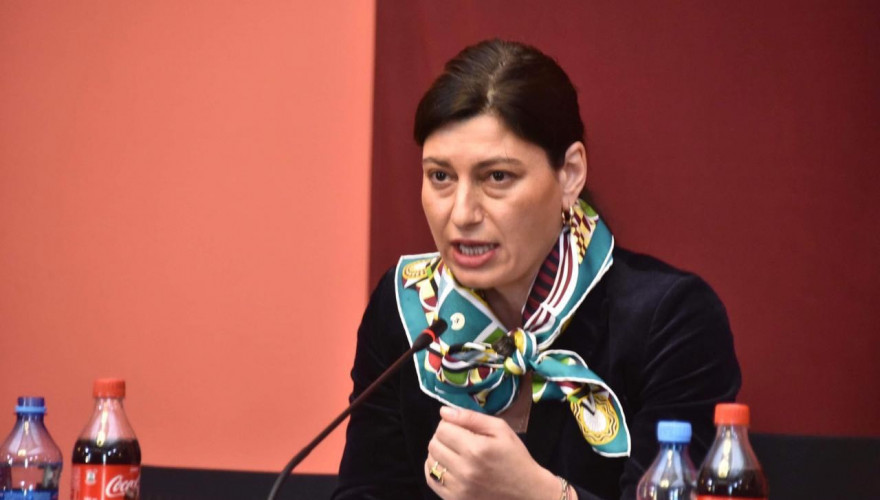 The Committee in camera heard the Deputy Foreign Minister, Lasha Darsalia and the Special Representative of the Prime Minister, Zurab Abashidze speaking about the occupied territories, non-recognition policy, Geneva Talks, “Abashidze-Karasin format” and Georgia-Russia Agreement of 2011.

“Recently, we have heard the acute statements by Russia directed to destruction and impeding to our peace-keeping policy. Our policy is based on the peaceful initiatives and full respect to the international law, which we cannot say about Russian Federation. Naturally, there are the questions in the ruling party and the opposition and that is why we are here today”, - the Chair, Sophio Katsarava noted.

L. Darsalia introduced the information about the activity of the Government and the Foreign Ministry regarding Georgia-Russia conflict and spoke about Geneva Talks and non-recognition policy activities. The parties emphasized the current human rights situation and Otkhozoria-Tatunashvili Act.

“We spoke about the details of activity of the Government with various countries and Governments in bilateral and multilateral formats to maintain this issue in the top agenda”, - he noted.

According to Z. Abashidze, MPs asked about Georgia-Russia dialogue in Prague and its agenda mostly concerning trade-economic relations, transport unions and humanitarian problems.

“I tried to provide the maximal information and give the comprehensive answers. All in all, the meeting was very productive. If we achieve the consensus in the Parliament on Agreement of 2011 on Customs Monitoring, it will be useful for realization of this project. It was my sense when appearing in the Parliament that this meeting would be productive for us and for MPs”.

“We had the opportunity to hear the answers, discuss some issues and give recommendations. It is a healthy cooperation process as the part of the oversight activity of the Parliament”, - S. Katsarava noted.