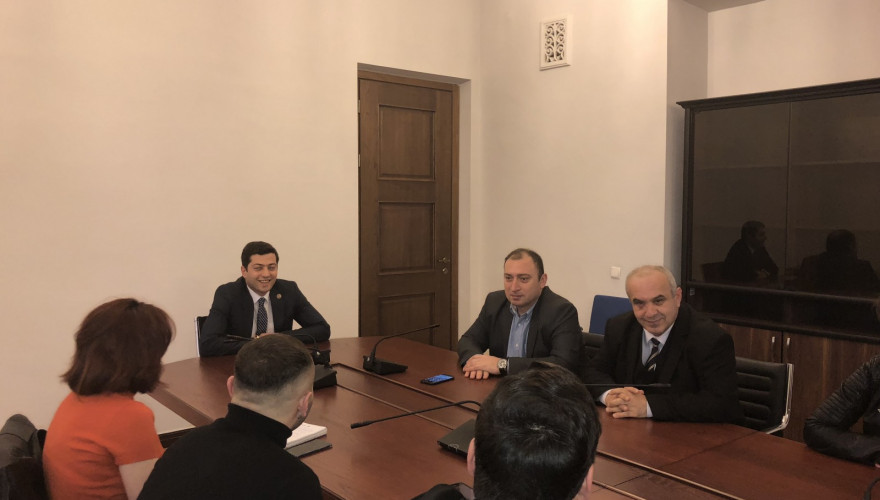 On March 19, the Faction member and Bagdati-Kharagauli Single Mandate MP, Koba Lursmanashvili organized the meeting of the Students’ Parliament members with the Chair of the Regional Policy and Self - Government Committee, Zaza Gabunia and the Deputy Chair, Zugdidi Single Mandate MP, Merab Kvaraia.

The parties discussed municipal reform. Z. Gabunia introduced the Committee action plan. He spoke about the fiscal decentralization importance and introduced three directions of the reform for 2018. He called the decentralization as the “good governance” model and stated that after the Constitutional changes, the municipal reform can be considered as the change of the second importance for the country.

“Municipality has no the leader despite the Committee existent in the Parliament making the number of the decisions in this direction. The local authorities shall regulate the issues of their competences themselves. Thus, municipality shall be self-sufficient, which requires additional authorities. This process has been launched – the school management rehabilitation and agricultural issues are not attributed to the competence of municipalities”, - he stated.

Koba Lursmanashvili introduced his experience as the Single Mandate MP. He offered to generate the initiatives to the students in view of closer cooperation.

The Deputy Chair, M. Kvaraia expressed commitment for further meetings. Z. Gabunia and Committee members answered the questions of the students and agreed on the next meeting.